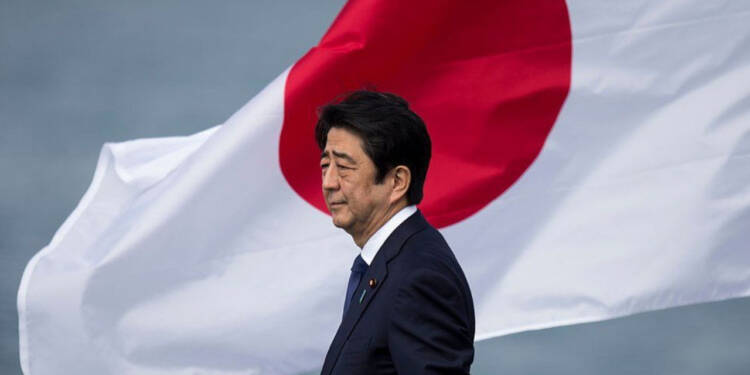 After Japan’s crushing defeat at the hands of allied forces in the Second World War, constitution of Japan was rewritten in such a way that it made it unlawful for Japan to raise its military, and spend on defense beyond the 1% of GDP cap under Article 9. After having seen its two major cities of Hiroshima and Nagasaki ravaged by nuclear attacks during the war, a pacifist constitution looked appealing to an exhausted and tired Japan.

Subsequently, pacifism made deep inroads in Japanese culture. Even talking about military strength became a cultural taboo in Japanese society. However, exponential economic might and a rise of nationalism in Japan forced the Japanese conservatives to look the other way.

First signs of Japan’s willingness to raise its own military started surfacing during the rule of Prime Minister Junichiro Koizumi, who served in the office from 2001 to 2006. Late former PM Shinzo Abe served as the chief secretary during these years when Japan deployed 600 unarmed Japanese Self Defense Forces in Iraq between 2004 and 2006.

A mere two years after assuming the PM office, Abe went on to set in motion the most significant break from Article 9, to date. In 2014, Shinzo Abe reinterpreted Article 9 which renders the Japanese Self-Defense-Forces more powerful and assertive.

Subsequently, Japan deployed JSDF ships to patrol near the disputed Senkakus in defiance of Chinese government protests. Abe even vowed to arm Japan with Ballistic missiles after the burgeoning missile menace from North Korea.

Later former PM Abe dreamt of making provisions to help Japan distance itself from pacifism and materialize its huge economic and technological prowess to ensure its sovereignty and join hands with powerful allies like India to counter China’s expansionist policies in the region. Abe’s lifelong dream is now all set to become a reality after his death owing to the pro-constitution party – Constitutional Democratic Party of Japan’s plummeting popularity, thus clearing the way for the conservatives in the lower house to red ink the pacifist provisions.

Read More: All hail the Samurais – Japan is changing its pacifist constitution, finally

Abe’s Party all set to revise the US-penned law

Article 9 was penned down in direct influence of the United States to disallow Japan to have any military ambitions so that the country always remained dependent on the US. However, Abe’s dream of scrapping this deceitful law is a reality just days after his shocking assassination.

Prime Minister Fumio Kishida’s Liberal Democratic Party grabbed 63 seats, or more than half of the 125 seats up for grab in the House of Councillors election, helping pro-constitutional amendment forces retain the two-thirds majority needed to push for revising the law.

“The election, which is the foundation of democracy, was challenged by violence and it carries a big meaning that the election was carried through. I will continue to work hard to protect democracy,” Kishida said, in reference to the shooting of Abe.

Read More: Shinzo Abe: The best PM Japan ever had

Kishida also vowed to push ahead with plans for amending the Constitution, saying, “We will deepen parliamentary debate over the Constitution further so a concrete amendment proposal can be compiled.”

Current PM Kishida, who is Abe’s political successor and a Liberal Democratic Party colleague was able to score a big win despite rising inflation and a surge in commodity prices that is leading to a weakened Japanese economy. Abe’s shocking assassination has overshadowed the flaws of Kishida’s government which now has the perfect majority to let go of the pacifist law and live up to the ambitions of his legendary predecessor.

John Egbert: All you need to know about the character