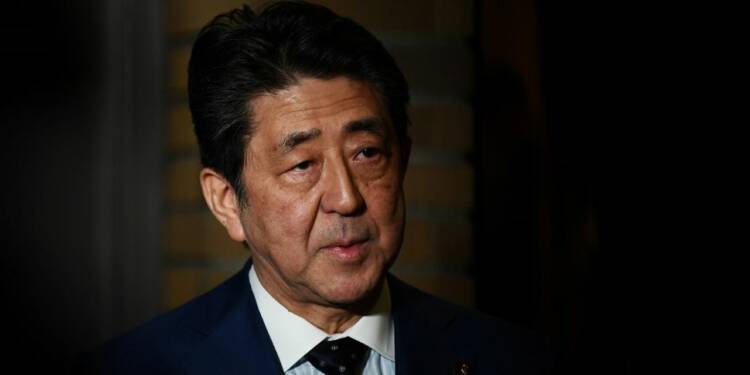 The Japanese are a tough breed and we have witnessed it time and again throughout history. Japan was an extremely efficient war machine during the second world war and their observance of a no surrender policy is almost legendary. However, it did end up with them becoming the targets of the only nuclear bombings in history but the spirit of putting up a good fight never left the Japanese.

Shinzo Abe was an efficient statesman and a tough Japanese at heart who carried forward the legacy of his people. Japan has had a history of miraculous recovery in the aftermath of the second world war. A severe lack of essential resources has never stopped Japan from striving to climb the global ladder. The efficiency of its people coupled with the promotion of technology has always kept the country ahead of its peers.

Read More: Shinzo Abe: The man who turned the sleeping giant of Japan into a ferocious Samurai

Abe to the Rescue

Japan was the world’s second-biggest economy before the rise of China but had begun to stagnate at the end of 1989 after the bursting of a stupendous asset and property bubble. Former PMs of the country for almost two decades could not halt the decline but Mr Abe’s arrival in 2006 gave new hope to the Japanese people. After his administration was scrapped after just a year, he came back in 2013 with the promise of ending the stagnation.

Soon, Shinzo Abe came up with an economic policy, which he liked to call the “Three Arrows”, but was popularly known as Abenomics. Extensively, the policy revolved around the following principles:

“The program represented a major new attempt for Japan,” says Mireya Solís, director of the Center for East Asia Policy Studies at the Brookings Institution. “He tried to revive the Japanese economy, and there were some successes there.”

Aftermath of the “Three Arrows”

Monetary policy was certainly loosened after Mr Shinzo Abe appointed Haruhiko Kuroda as governor of the Bank of Japan. Negative interest rate loans and efforts towards asset purchase programs led the Bank of Japan to own a bigger proportion of public debt than large comparable economies like the US and UK.

Read More: Only Abenomics and Abeplomacy can save Japan’s economy now

The surge in female employment in a nation where the majority of positions were previously held by men is perhaps Abe’s greatest accomplishment. Additionally, he somewhat convinced the Japanese to give up their long-standing fierce hostility to immigration.

In some neighbourhoods of Tokyo, the percentage of people who were not born in Japan has risen to 15%. The public may have been more able to accept higher levels of immigration when it came from Shinzo Abe because of his obvious patriotism and unabashed pride in being Japanese, and his harder stance on foreign and defence policy, notably against China.

“There was a strong distinction between the two,” Hamada says, “since only regular employees could get stable employment with higher wages.” But Abenomics, he stated, opened the door for temporary workers to get jobs, and more companies began to hire non-regular, temporary workers as a result.

Shinzo Abe’s policies are revered to have had a very impactful effect on Japan. His tenure led to a decrease in the unemployment rate and the development of major deals with the US and the EU. Abe’s assassination has led people to wonder about the effects of his political career on today’s Japan, but no matter what critics say, Abe has left a never-ending mark on the future of the Island country.