Only Abenomics and Abeplomacy can save Japan’s economy now 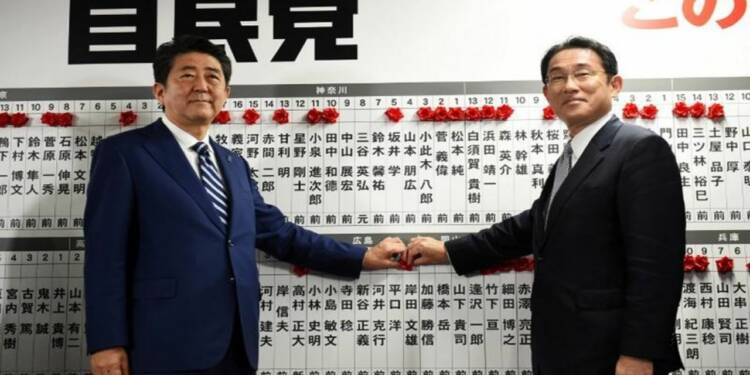 Japan’s economy is in a major crisis. The Yen is in a free fall. It has dropped to a 20-year low against the US Dollar. The present uncertainty in the Japanese currency has been triggered by Russia’s war in Ukraine and rising energy prices in the country.

Meanwhile, Japan’s industries are in horrible health as well. Japan’s power sector and paper industry are under pressure to switch away from Russian coal, putting the Japanese economy under strain. Abenomics and Abeplomacy are the only things that can save Japan now.

Read more: Japan blows up its own energy, EV, and paper industry to harm Russia

Kishida’s move away from Abeplomacy

Make no mistake, Japan went through a lot of political uncertainty and economic stagnation before Abe came to power, led the country for nine years and revitalized its economy. He brought GDP growth back on track, improved the Japanese stock market and paved the way for strong corporate profits.

Abenomics, therefore, managed to stabilize Japan’s faltering economy. However, after coming to power, Kishida made a blunt assault on Abe’s policies. He said, “Abenomics clearly delivered outcomes when it comes to gross home product, company earnings and employment. But it surely failed to succeed in the purpose of making a ‘virtuous cycle’.”

Kishida’s Economic Revitalization Minister Daishiro Yamagiwa was even more critical of Abenomics. He said, “There are limits to a trickle-down approach, and some things need to be done bottom-up.”

Kishida has turned his back on Abenomics. He is now resorting to measures like offering cash and tax incentives for companies. Still worse, he is rooting for tax penalties if companies fail to meet his wage hike mandate. All these policies suggest that Japan is moving away from an era of free-market economics to government intervention.

There are political reasons behind Kishida’s move towards economic populism. Kishida has been a low-profile leader in the past. When he became the Prime Minister, he didn’t want to go down as another one-year PM. He didn’t want to end up as another Suga. So, he decided to do something big- end Abenomics and turn to populist policies.

Kishida himself calls his policies “new capitalism.” However, the corporate world isn’t going to like it. Kishida wants to emerge as a strong, independent leader by stimulating ideas like creating a more equal society and focusing on welfare or fairness. However, what Japan needs is lesser government intervention. Otherwise, businesses feel discouraged and somewhat abandoned by the man in power.

As a part of his image-building exercise, Kishida is also moving away from the diplomacy template that had been set by Abe.

Abe was someone who realized that Japan needs strategic autonomy. So, he interacted with Russian President Vladimir Putin and had the aim of eventually signing a peace deal with Moscow. Within the Indo-Pacific, Abe made it a point to interact with non-traditional partners like India, Australia and the ASEAN countries.

The idea was to make Japan a relevant power itself, instead of being identified merely as a US ally. And this had helped Japan. The country was able to explore new opportunities while also maintaining broader stability in its trade ties.

However, Kishida has taken the route of playing second fiddle to the US. If the US imposes sanctions on Russia, Kishida too will sanction Russia. But he probably doesn’t consider the fact that sanctioning Russia has created crippling coal shortages in Japan. Going ahead, it could even cause nickel shortages in the country, hampering Japan’s EV industry.

And then Kishida’s Japan could join the AUKUS, which would again be perceived as an attempt to undermine India’s role in the Indo-Pacific and mainstream the West. Ultimately, it works against Tokyo’s interest because the West will not align its interests with those of Japan.

US and UK ask Japan to join the AUKUS pact, Japan is also looking at this proposal positively.

This is nothing but a parallel Quad in making! Another brazen attempt to sideline India and mainstream Europe's role in the Indo-Pacific. https://t.co/ydyMRqI1qs

Kishida has therefore taken Japan away from Abenomics and Abeplomacy. But as we can clearly see, Japan needs another Shinzo Abe to bring it back on track.

Read more: Shinzo Abe – A man of honour, courage and humility. The world will miss the Japanese PM