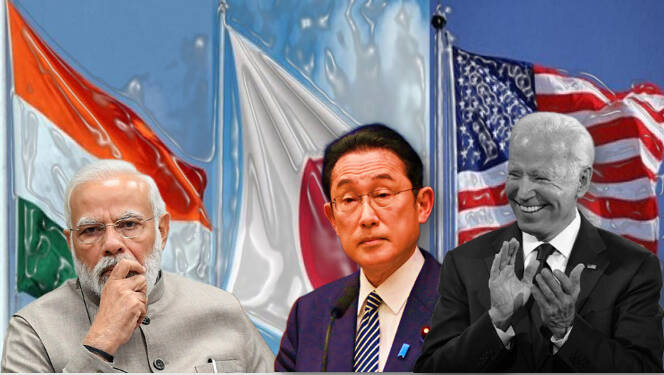 Russia-China relations are at the strongest ever. Russian Foreign Minister Sergei Lavrov has himself made this observation. Make no mistake, a two-front situation with China and Russia joining hands is a nightmare for the US. But then, it is Biden who has put the US in hot water by ruining India’s efforts to normalize relations between Japan and Russia, which could have effectively isolated Beijing.

India’s efforts to normalize relations between Japan and Russia

New Delhi is a unique power that enjoys friendly, time-tested relations with both Moscow and Tokyo. With Japanese PM Shinzo Abe and US President Donald Trump in power, India’s Prime Minister Narendra Modi made all possible attempts to mediate a better relationship between Moscow and Tokyo.

India realized that Japan and Russia both had some serious concerns with China including Moscow’s insecurities over Chinese interference in the Arctic and the Russian Far East. On the other hand, Japan was concerned about Chinese attempts to take over the Senkaku Islands.

Therefore, India managed to bring together Russia and Japan. Japan got ready to invest in the Russian Far East. And it seemed as if Moscow and Tokyo were also ready to bury the hatchet over World War II-era Kuril Islands dispute. The two sides even got ready to develop the region together.

India, on its part, proposed a trilateral platform and mediated the evolving Japan-Russia relationship.

Trump was in line with India’s agenda. The former US President believed that China is the main threat to the US and Beijing was his only point of focus. If India was trying to normalize relations between Japan and Russia, Trump had no problem with that.

However, Biden is different. He is someone who keeps demonizing Russia and also believes in Cold War tactics of forcing other powers to choose between Moscow and Washington. Therefore, India no longer finds the space to maneuver an India-Japan-Russia trilateral.

Meanwhile, efforts to bring peace between Japan and Russia have been sabotaged by the Biden administration. Following the Ukraine war, Japanese PM Fumio Kishida has been rallying behind Biden. For Japan, it was never really an option to avoid taking USA’s side amidst the Ukraine crisis. However, this has angered Putin, who has suspended peace treaty talks with Japan.

India was ensuring that a Japan-India-Russia trilateral isolated China in the Indo-Pacific. However, Biden’s policies have forced Putin to rework Russia’s relationship with China. And as Lavrov said, the Russia-China relationship is now at the strongest level ever.

Biden lands US in big trouble

In fact, Biden’s policies have landed the US in big trouble. Make no mistake, Russia is no longer a real threat to the US. If the US faces a long-term challenge, it is from China.

China is a substantial threat to US interests in terms of economic security as well as military risks. India was only putting the US in a more solid position by mediating a better relationship between Moscow and Tokyo. Biden’s obsession with Russia is however leading to an era of Russia-China friendship that effectively creates a difficult two-front situation for the Americans to deal with.

By sabotaging India’s efforts to normalize relations between Japan and Russia, Biden has therefore landed the US in a huge security nightmare.