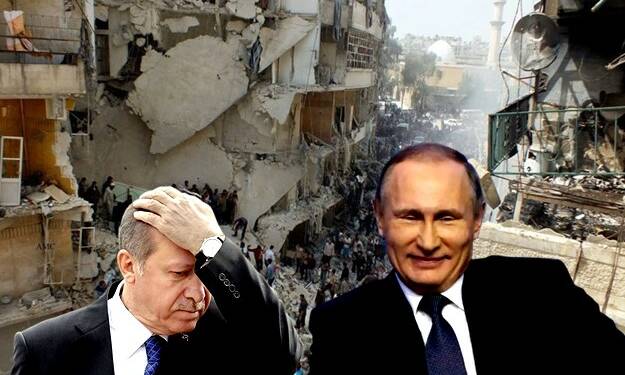 From the beginning of the Syrian crisis in 2011, a number of foreign countries, including Iran, Russia, Turkey, and the US, have either directly intervened in the fight or offered support to one or more factions. The Syrian civil war is fought by a variety of foreign and domestic factions.

Along with Northern Aleppo, which is under the authority of Turkey and groups with Turkish support, Hayat Tahrir as-Sham (HTS), an offshoot of Al-Qaeda, governs the northwest of Syria, which includes portions of the Idlib province. In Northwest Syria, 1.7 million people, who make up more than 60% of the population, are internally displaced and live in camps. With more than 90% of the population living below the poverty line, it is one of the most impoverished places in the nation.

These individuals are entirely dependent on the humanitarian assistance that the UN provides. However, up until this point, only one route existed for outside aid to enter Syria’s devastated nation due to the civil war— Bab al-Hawa. After last year’s agreement with the UN Security Council, Russia let it stay open until July 2022. But recently, Russia used its veto to block a UN security resolution that would have extended the only available channel for cross-border supplies to Syria by a year, increasing the risk of famine and illness for millions of Syrians.

This move by Russia is jangling up the nerves of Turkey. But why is Turkey getting jittery over this blockade of UN aid to the north-western region of Syria? You see, Turkey borders northwestern Syria. It fears that halting UN efforts there could cause a massive migratory wave to head Ankara’s way. Presently, the world’s largest refugee population, around 3.7 million Syrians, currently reside in Turkey. The already struggling Turkish economy would experience more problems if a further massive migrant tsunami were to be released toward Turkey.

Make no mistake, Turkey is experiencing a severe economic crisis. Last year, the Turkish currency lost over 35% of its value, which led to soaring costs and poverty. There are worries that the nation’s worsening financial problems could lead to a further increase in tensions, with the presence of millions of refugees.

All of this is being done on purpose by Russia because of Turkey’s propensity for believing Western propaganda to defeat Russia. Turkey has provided humanitarian aid to Ukraine by removing roughly 16,000 citizens from conflict areas and currently hosts close to 60,000 Ukrainian refugees. Turkey even sold airborne drones along with weapons, that were used by the Ukrainians to defend themselves against Russian ground offensives. Additionally, it is clear that Russia is agitated by Turkey’s endorsement of Sweden and Finland’s bid for NATO membership.

And now, all that is left for Erdogan to do is pay back for his deeds. To be clear, this new migrant catastrophe will not affect Turkey alone. In actuality, Europe will eventually have to deal with this problem as well, as the next destination for these migrants will surely be to seek asylum in neighbouring Europe.

‘Sorry, no funds!’ America’s chip-making ambitions get shattered as its coffers run dry