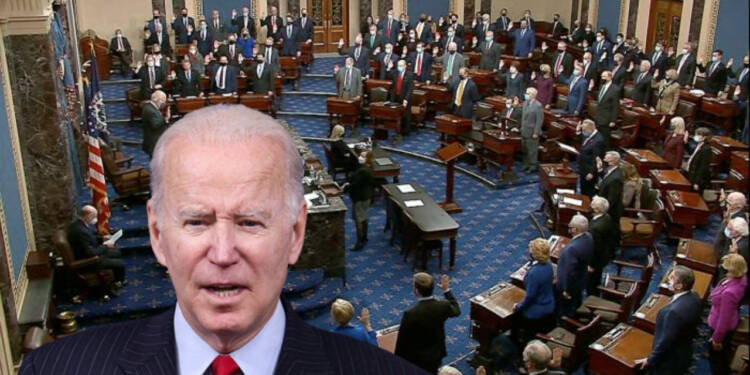 US President Joe Biden has a tendency to thrive from the miseries of others. Biden has attempted to prolong the Russian-Ukraine war since its inception. The US has encouraged the Ukrainians to fight an impossible war against a very powerful enemy and has provided major military aid and indirect support from its allies in Europe.

Washington and its allies have been advocating for the expansion of NATO by allowing the inculcation of Sweden and Finland. The Russian-Ukraine war is itself a product of the portrayal of aggression on Russian borders. The possibility of Sweden and Finland becoming NATO members could further trigger Moscow which could lead to an escalation of tensions.

One of the best ways to prolong the war is to ensure the inculcation of nordic nations into NATO so that the western powers have a way to legally station security forces along the borders of Russia. However, Turkish President Erdogan had previously blocked the inculcation of Sweden and Finland into NATO owing to the nordic countries’ alleged support of Kurdish terrorists.

Read More: Finnish and Swedish governments surrender their countries to Turkey to get NATO membership

Turkey has long been asking the US to supply it with F-16 fighter jets which the latter had blocked after Turkey sourced S-400 missile systems from Moscow. Erdogan has been impatient to receive the F-16s owing to its regional rival and US ally Greece’s superior air defence capabilities.

The Biden administration, however in an attempt to ensure the prolongation of war indicated the possible sale of F16s to Ankara if the latter lift its veto and allows the inculcation of the nordic nations into NATO. As a result, Erdogan pledged to lift the veto if the nordic nations fulfil their promises of extraditing Kurdish terrorists to Turkey.

Washington, in the aftermath of the event, suggested a strong desire to supply Turkey with the F16s despite thinking about the pressures it would place its ally Greece into, thus escalating tensions in the region.

Lawmakers against the sale

On Thursday, the House blocked President Joe Biden’s attempt to sell Turkey F-16 fighter jets, dealing yet another blow to the administration’s efforts to win over fellow Democrats. The vote was 244-179 on an amendment offered by New Hampshire Democrat Chris Pappas to the National Defense Authorization Act. The majority of Democrats, 184, backed the effort, along with 60 Republicans.

It’s the most recent blow to Ankara’s hopes of purchasing F16s, one of the four key members who must approve weapons sales to foreign countries, Senate Foreign Relations Chair Bob Menendez (D-N.J.), is refusing to support the transfer. The two obstacles make it nearly impossible for Biden to complete the sale of the jets to the NATO ally.

“It’s necessary because the administration has ignored strong and consistent congressional opposition to this sale since it was first proposed last fall,” Rep. Frank Pallone (D-N.J.), a co-sponsor of the amendment, said on the House floor.

Pappas’ amendment also requires the administration to certify the jets won’t be used to violate Greek airspace. Pallone believes that the sale of the F16s to Erdogan would not incentivize him to suddenly transform into a good ally. Rather, it would destabilize the Black sea area by promoting tensions between Greece and Turkey. Erdogan, after he fully realizes that the procurement of F16s is off the table would possibly veto the inclusion of nordic countries and successfully avoid further Russian aggression.