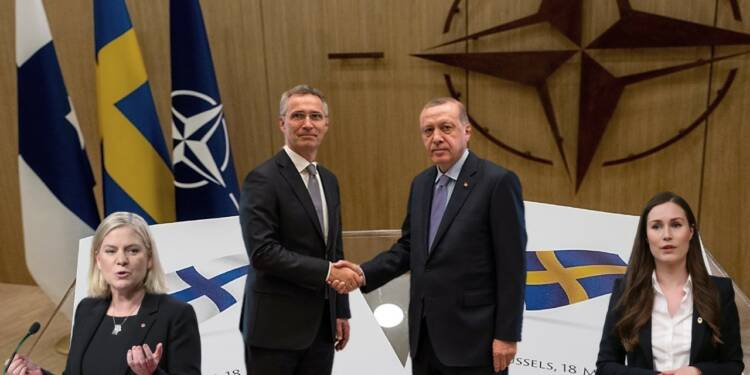 Turkey has long opposed Sweden and Finland’s inclusion in NATO. However, Turkey has now lifted its veto and has backed their memberships.

Sweden and Finland backing the Kurdish fighter groups had resulted in Turkey opposing their NATO memberships. Turkey has even conducted military operations in Syria and Iraq in the past few years targeting to oust the PKK and the YPG fighter groups.

However, in a drastic turn of events, Turkey announced that it will drop its resistance to Sweden and Finland joining NATO, during the NATO alliances’ summit in Madrid on Tuesday (28 June). Turkey said that it will support the application of two countries to be a part of the Western Defense alliance.

“I am pleased to announce that we have an agreement that paves the way for Sweden and Finland to join NATO,” NATO Secretary-General Jens Stoltenberg said.

The foreign ministers of Turkey, Finland and Sweden had signed a memorandum of understanding, just before the two-day meet of NATO leaders in Madrid.

“Our joint memorandum underscores the commitment of Finland, Sweden and Türkiye to extend their full support against threats to each other’s security,” the Finnish leader added. “Us becoming NATO Allies will further strengthen this commitment,” he added.

Both Nordic nations will now be invited to join NATO and must adhere to its ratification procedures as per NATO protocol. A country’s application for membership in NATO now requires the consent of all 30 NATO members, which in many cases includes national parliaments. Meanwhile, both the countries will be able to participate in all the meetings but without the right to vote.

What did Sweden and Turkey agree upon?

Sweden, which is to get NATO membership accepted that it will fully cooperate with Turkey in fighting against the PKK and taking concrete steps in the extradition of the Kurdish fighter groups from its soil.

Though it will still take months for the Nordic countries to join the NATO alliance as their entry needs to be ratified by all the individual member states.

Read More: Turkish militias were comfortably settled in Northern Syria. Now, they are killing each other

Sweden and Finland have already begun a crack down on PKK activities and lifting all the national arms embargoes on sales to Turkey, just so that they get the much coveted NATO membership.

According to NATO officials, the impending NATO membership of Finland and Sweden presents a chance to close strategic gaps in the Baltic Sea region.

Now, Turkey’s President Recep Tayyip Erdogan seemingly is meddling in Sweden’s politics. He is trying to oust the dominant PKK from Sweden and is compelling the Swedish people to come in support of the Islamist forces. Turkey is playing its old tricks and now supports a newly formed pro-Islamic Party Nyanset (Nuance Party) in Sweden which eyes Turkish and Muslim communities in a bid to reach the election threshold of 4% and enter parliament in the 2022 elections.

Sweden, desperately wanting the membership of the western alliance isn’t willing to take any stance against Turkey. However, this can cause grave consequences in Sweden at a time when the elections in the nation are approaching in the month of September. The right-wing party and the Kurdish armed forces can form an alliance against the ruling liberal party in Sweden. The Swedish ruling party can face a backlash in the upcoming elections for completely surrendering into the hands of Turkey just to become a part of the Western alliance.