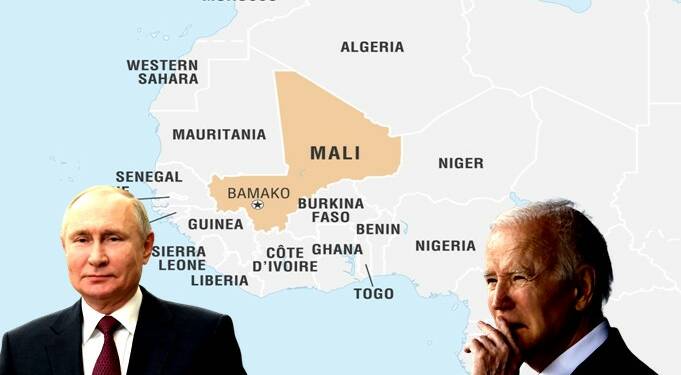 The African nation of Mali gained independence from France following the withdrawal of Senegal from the federation, which allowed the Sudanese Republic to become the independent Republic of Mali on 22 September 1960. However, till the last decade, France had a huge influence on the African country.

In 2013, France conducted Operation Serval in order to eliminate the rising terror activities. The operation ended in 2015, yet the French soldiers continued to be stationed in the country. Recently, however, France announced military withdrawal from Mali after nine years.

You see, over the years, the French presence has become increasingly unpopular with Mali’s government and its public. Furthermore, the West has also become quite unpopular in African nations. This trend has become more visible after the Russia-Ukraine war. Now, the West is trying new moves to gain influence in Mali. But, Bamako seems to accept no new proposals.

UN and the West want re-entry in Mali

In April 2022, France announced the withdrawal of forces out of the West African nation of Mali, where they have been fighting Islamist militants since 2013. It’s just a matter of time before the formal completion of withdrawal concludes in Mali. However, it looks like the UN and the West have already found a new trick to re-enter the African region.

As per media reports, French President Emmanuel Macron has announced plans to reshape the country’s armies for the African region, on the eve of Bastille Day. The ‘reshape’ is set to have an impact notably on the country’s involvement in the Sahel region.

Macron while addressing the crowd along with ministers and senior officers said, “It’s a strategic necessity because we need deployments that are less entrenched and less exposed, to build lasting and closer cooperation with African armies and rebuild our training capabilities”

Moreover, French officials are already heading to Niger to mend fences. France wants to help the country’s strategy to fight armed groups in the Sahel. Niger is poised to become a nest of French troops, with some 1,000 soldiers based in the capital Niamey with fighter jets, drones, and helicopters.

“Whereas some 300-400 would be dispatched for special operations with Nigerien troops in the border regions with Burkina and Mali,” French officials told reporters in a briefing. This is all taking place in the bordering countries of Mali.

Surprisingly, France’s vim and vigor actions for Africa are right on cue with ECOWAS’s latest action of removing sanctions from Mali, indicating a start for economic activities after a long haul. Seems like the Western allies want to keep Mali in action for their own purposes.

But, Mali seems to be in no mood to let it happen. Of course, it took eight years to understand that the West is bearing no fruit for them. Mali has already sent a message to the Western allies and bodies that it won’t bother, throwing them out permanently.

Read More: After kicking Biden out, Ethiopia invites India and Russia to the Horn of Africa

In a quite heroic motion, the Malian foreign ministry has decided to suspend all flights scheduled to rotate peacekeeping forces under the United Nations mission in Mali, immediately after the West African nation detained 49 German soldiers from Ivory Coast, who it said had arrived in the country without permission.

The Foreign Ministry in a statement quoted, “For reasons related to the national security context, the government of Mali has decided to suspend, as of today, all rotations of the military and police contingent of [the UN Mission to Mali], including those already scheduled or announced.”

Every planned schedule has been cancelled with immediate effect. This move indicates one thing very clearly, Mali is in no mood to coordinate with the West. Similar is the case with several more African nations. Furthermore, after the Russia-Ukraine war, this trend has been publicized even more.

Well, the West, Russia, and China have been fighting over Africa for a long time. But, this war catalyzed Russia’s influence in the region at an unprecedented scale as Russia continues to help the African government and its people by suppressing counter-insurgency by the West with the help of Moscow-backed Wagner groups.

The Wagner Group’s presence has been widely reported in regions like Mali and Libya. These forces are successfully mobilizing African governments shunned by the West and helping governments facing armed uprisings and internal challenges to their rule. This is making Russia more popular in the region.

Amid deteriorating relations with Mali’s military government, which came to power in 2020, the West is in the process of redeploying troops from Mali by focusing on neighbouring Sahel countries. But, Mali sees through these tricks very clearly. Make no mistake, Mali knows the UN and Western help has fetched no good fruits in the last eight years.