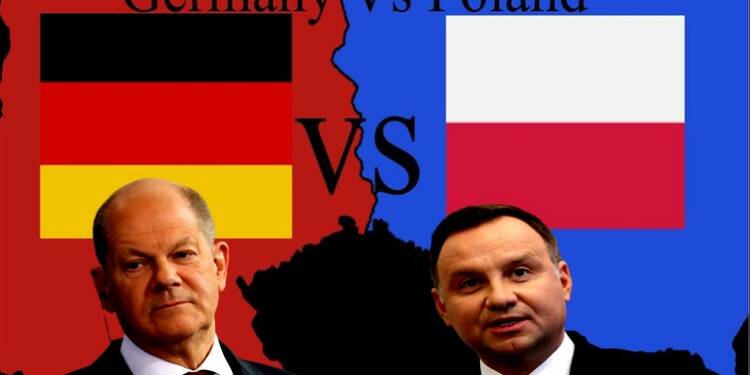 Polish Central Bank Governor, Adam Glapinski, came under immense pressure from the opposition who asked him to take the responsibility for the high inflation that was sweeping through Warsaw after the country got too involved in the Ukraine war under the EU’s call.

But Glapinski has a different take on this issue. He accused Germany of being behind this ploy, as Berlin has been continuously forcing Warsaw to ditch the national currency ‘zloty’ for the euro. The popular opinion goes by the line that Germany and other countries who are part of the Western sections against Russia may benefit by adopting the Euro but not countries like Lithuania and Poland that are currently fighting rising inflation in their domestic sphere.

Since the start of the war, Germany has been playing mind games with Poland, forcing Warsaw to get involved in the Ukraine war at large. Poland, meanwhile, took the bait to emerge as a strong voice against Russia and also used the stage to settle scores with the EU.

But now, with Russia displaying its dominance in the war, reality has struck Poland. However, it is too late for any kind of peace-making effort for Warsaw with Russia. Inflation is skyrocketing, and protests of different sorts are occurring in the streets of Warsaw.

Germany, by far, has succeeded with its plans, and now it wants Poland to make a shift to Euro, which will be the final nail in the coffin for the central European country. But why is Germany showing such an interest in the policy matters of Poland? Well, Berlin has a hidden agenda behind this. You see, Germany may be involved in different sorts of issues with Poland, but the most uncomfortable dispute for Berlin is the volatile issue of Prussia.

Read more: Poland is not only ready to dump the EU but it is also building the biggest Army in Europe

The issue of Prussia

Prussia, in European history, is the land of the Prussians on the southeastern coast of the Baltic Sea, which came under Polish and German rule in the Middle Ages. The original Prussians, mainly hunters and cattle breeders, spoke a language belonging to the Baltic group of the Indo-European language family.

After World War 2, many of the Prussian lands were given to Poland, and it was only in 1990 that Prussia returned to Germany’s hands through the Treaty on the Final Settlement with Respect to Germany. But many parts of Prussia still have a large Polish influence.

Germany, meanwhile, is playing its cards to become the largest military force in Europe. Poland won’t have any kind of issue with a close ally like Germany building a strong military force. But, Germany pressuring Poland to commit economic suicide by adopting the euro won’t be welcomed with garlands by the political elites in Warsaw.

So, it is nothing but the Prussian issue that is forcing Germany to take Poland to the floor. Even, last month, the former Russian president, Dmitry Medvedev, gave a sly warning to Germany about a possible Polish-Prussian alliance that may happen in the future. So, in the garb of asking Poland to change its monetary policy, Germany badly wants to see the Polish state crumble down.

But the political minds in Poland are not that naïve to bide by Germany’s diktats. This will invariably result in a full-scale war between Germany and Poland for Prussia, and to be clear, Warsaw won’t have a chance in front of a mighty Germany unless the former changes its diplomacy with Russia.