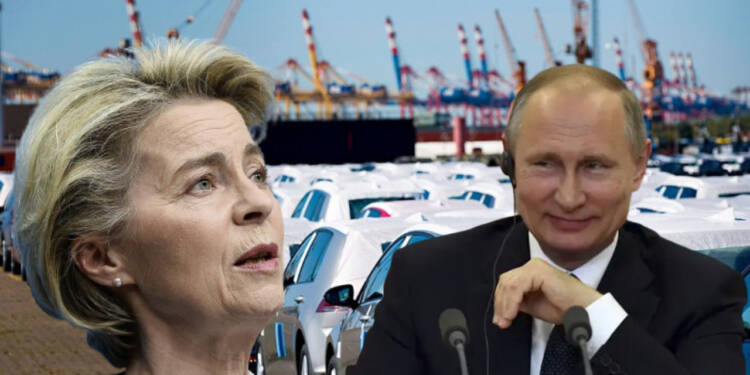 Moscow’s leverage on Europe owing to its energy production and infrastructure has enabled Putin to shield Russia from the western sanctions. European nations including Finland, Lithuania, and Slovakia imported more than 70% of their total oil imports from Russia back in 2020.

Moscow’s possible decision to halt exports to Europe can easily choke the continent’s industrial capacity and could do much worse in the winters. Talking about gas imports in 2020, Germany topped the list with almost 43% of its total imports coming from Russia.

Russia has reduced Nord Stream gas exports to European nations as the pipeline enters a scheduled 10-day maintenance period. As a result of which an ambience of anxiety and tension is being sensed among the European leaders amid the oncoming winter.

Russia has been very resilient in delivering its energy exports in return for Rubles to strengthen its currency. Some nations like Bulgaria which refused payment in Rubles have seen their supplies being halted. Moscow has been looking forward to expand the same condition on many commodities it maintains a majority supply of.

The next in line after the oil sector is the Automobile industry. Russia’s vast geographical area and the presence of appropriate infrastructure have made it a leader in the export of rare earth metals.

Andrey Klishas, head of the Constitutional Committee of the Russian Federation has suggested the sale of metals like nickel, platinum, and palladium to be made in Rubles. And this is because of Russia’s exclusive hold on the majority supply of these rare metals. Russia accounts for 40% of the global output of palladium which is very vital in the manufacture of catalytic converters used in the automotive industry.

Automobile companies, amid threats, are making efforts to limit Palladium use and replace it with Rhodium which is at least four times more expensive than the former metal. And that would lead to an exponential rise in the price of the final product.

Moscow’s stronghold on the world’s Titanium supply has pressured players in the aircraft industry. Kawasaki Heavy is reportedly considering sourcing titanium used in aircraft from countries other than Russia.

In response to sanctions imposed by the West to halt the supply of semiconductors to Russia in early June, Moscow replied by halting the supply of noble gasses like Neon that are vital for semiconductor production. Two Ukrainian companies responsible for the production of the majority of the world’s semiconductor-grade Neon have reportedly suspended operations, therefore further risking supplies.

Western sanctions imposed on Russia are slowly turning into a force that is triggering the west’s own ruin. Moscow’s economy and its currency Ruble are in a strong position. The west should take notice of Russia’s dominance in essential commodities and should reconsider the sanctions before it is too late.