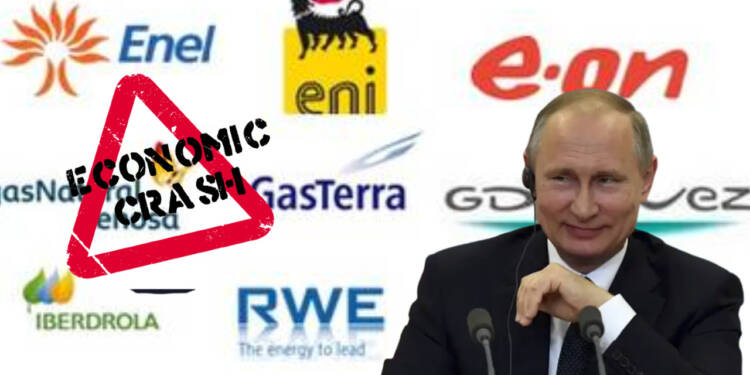 The Zelensky curse is very real. Multiple powerful leaders across the world have witnessed their fall or a considerable drop in their popularity as a result of their unanimous support for Zelensky.

Even companies also had to face the wrath of the curse. Complete sectors associated with energy and food, that are based in the nations that opposed Moscow have witnessed an exponential fall in their finances.

US President Joe Biden in his attempt to annihilate the Russian economy has ended up destroying many European gas corporations and has himself become the subject of record low approval ratings.

Moscow’s considerable hold on the commodities trade in Europe has enabled Putin to exert considerable leverage on his European counterparts. Moscow, in an attempt to shield itself from multiple western sanctions, decided to place its oil and gas trade subject to multiple conditions.

Putin has made it necessary for the importers to pay in Rubles to obtain energy, in order to strengthen its falling currency. The ruble was down 40%, at 139 rubles to the dollar, in the wake of Russia’s invasion of Ukraine in February. However, owing to Putin’s efforts Ruble made a miraculous recovery and has been trading at 54.97 to the dollar on Wednesday.

Nations like Bulgaria who disagreed with payment in Rubles witnessed their supplies being halted. Influential nations like Germany which imported almost 43% of their total gas demand in 2020 are currently experiencing an ambience of chaos as the pipeline delivering their gas from Russia- the Nord Stream goes into a ten-day maintenance period.

European leaders seem to be very tense over the maintenance of the Nord Stream pipeline and are not sure if the Russians would restart it. The possibility of a severe gas crunch has enabled the EU nations to think about rationing their reserves.

Energy companies losing it all

Due to the high cost of gas and oil, European energy and utility businesses are taking on additional debt.

Since the epidemic, their total debt has been increasing, and as of this year, it has risen by more than half to more than 1.7 trillion euros

Europe’s energy sector is in a condition of chaos and the perpetrator of its ruin is not Russian aggression, but Biden and Zelensky who rallied multiple nations to place sanctions on Moscow.