‘Puberty is sin, and sex-change is empowering,’ Biden’s health secretary has gone nuts 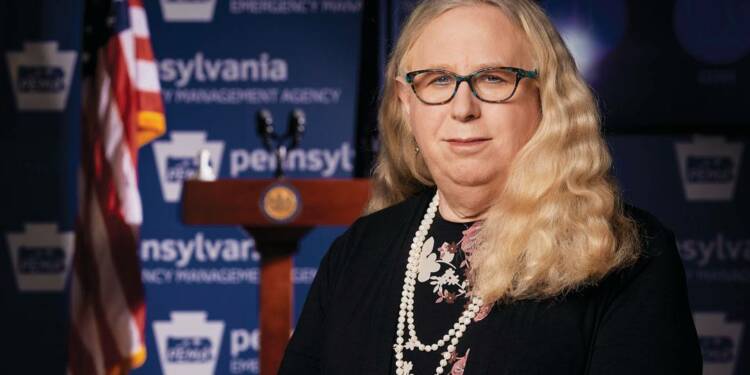 Biden’s pick for Assistant Secretary of Health Dr Rachel Levine advocates for hormone therapy and sex-change surgery for minors. Well, this shouldn’t take you by surprise as she herself is a biological male turned into a transgender woman.

She is now changing the way gender is looked upon in the United States ever since she took the influential role. Biden’s pick Levine has been a vocal proponent of imposing a radical gender ideology on the kids of the United States. She has advocated for ‘sex-change’ for pre-pubertal people i.e., children.

Rachel Levine believes that ‘puberty is sin, and sex-change is empowering’. She indeed has gone nuts!

The people in the USA have been largely oblivious regarding the views of Rachel Levine.  However, theory of Levine was hard enough to keep straight in some people’s minds. So, Sen. Rand Paul (R-Ky.) questioned Dr Rachel Levine on her past support and constant advocacy for genital mutilation and hormone blockers.

Sen. Rand Paul (R-Ky.) questioned Dr Rachel Levine on the past support, noting that data from the American College of Paediatricians shows that 80 per cent to 95 per cent of children, who believe they’re a gender different, will see a dissolution of those feelings by late adolescence if they’re not exposed to medical intervention and social affirmation. And as he kept pressing, Rachel Levine never denied the claims, which makes it clear that Biden’s pick still strongly believes in these practices and advocates the same.

According to Biden’s pick, children ought to be given the freedom to choose their own gender. She has advised adults to “try not to force them one way or other” and instead to follow the child’s lead.

Even more insanely, she said that kids as young as five or six already “know” whatever gender they wish to identify as.  Children do not have the best sense of judgement, as any right-minded person with a functioning intellect would tell you.

Universal Adult Franchise has been accorded to people who are 18 years and older, given that society believes that they can make the best judgement for themselves. The irony in the reasoning behind Biden’s transgender nominee for Assistant HHS Secretary is humongous.

The left-leaning ideas of gender norms have been on display since Biden’s ascension and now nominating a radical genderist to an influential position in the HHS would deeply intoxicate and break the social norms, starting with the kids. Thus far, opposition to Levine’s nomination has been muted at best. Not because they do align with her ideas, but because they are scared of the man in charge in the White House, an enemy against societal norms to push his political agenda.

Letting children decide their gender is nothing but Biden’s Health Secretary’s bizarre dream for ‘modern’ America.