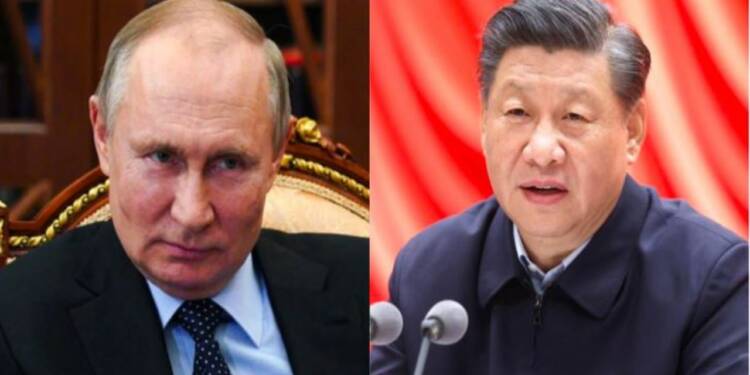 Moscow is far from being impulsive. Russia was the subject of worldwide insult after the dissolution of the Soviet Union, almost three decades ago. However, currently, Putin is on a spree to reclaim Russia’s lost glory. Moscow’s energy dominance coupled with its grain exports gives it unprecedented leverage on many countries.

In addition, the war in Ukraine has altered the dynamics and it is going to cost China its status as a rising megastate. China was on its way to achieving what the US did almost a century ago. But, China’s ambition to be the driver of unipolar world order has been quashed by the likes of India and Russia.

The Junta and Iran show Beijing the Middle Finger

Myanmar’s democratically elected government was overthrown by the nation’s military, a day before the swearing-in ceremony, thereby shattering any hopes for democratic progress in the Southeast Asian country. The military Junta had been enjoying warm relations with China, up until the Ukraine war. Witnessing the rising power of Moscow, the Junta chief, Min Aung Hlaing, visited Moscow, recently, to meet senior officials from Russia’s defence ministry, pledging deeper military ties and cooperation on nuclear energy.

You see, the People’s Defence Forces (PDF), a group of recently created anti-coup armed organisations, as well as older, more seasoned ethnic armed organisations that have been fighting for political autonomy for decades, are putting up a fierce fight against the military. However, none of these rebel forces has warplanes. So, the military’s air dominance, courtesy of Russian help, gives it a distinct advantage.

China’s dreams of becoming a significant military exporter are robbed by Putin’s assurances of delivering the Junta with military equipment to fight against rebel forces.

Furthermore, news of Beijing and Tehran’s budding relationship was on the rise last year when China promised an investment of a whopping $400 Billion in 25 years into the Iranian oil and gas sector in exchange for oil. However, the dynamics shifted after the Russo-Ukraine war.

You see, both Russia and Iran share solidarity on the subject of being the most sanctioned nations. Recently, Russian energy giant Gazprom signed a major agreement in Iran even though the Russian company stated it cannot guarantee gas supplies to Europe.  The agreement could eventually be worth some $40 billion, according to estimates. The governor of Iran’s Central Bank also announced on Tuesday that the country’s exchange launched trading in the Iranian Rial-Russian ruble, thus further deepening the relations between both nations.

China’s efforts are being nullified

Moreover, North Korea has been constantly distancing itself from its biggest trading partner — China, after the latter suspended its railroad freight traffic with North Korea due to the Covid-19 spread. China’s gore negligence of the well-being of the North Korean economy has triggered Pyongyang to build much closer ties with Russia.

Even, Vietnam considers Beijing to be a major threat to its waters. The country’s Prime Minister Pham Minh Chinh has been showing no qualms in pursuing his anti-China campaign. Interestingly, Russia has found a special place in Vietnam’s reshaped and toughened China policy.

Chinh became the country’s first prime minister to commemorate the 34th anniversary of a battle against the Chinese navy in the Johnson South reef of the South China Sea. For those unaware, the battle was fought in March of 1998, when China killed 64 Vietnamese soldiers and occupied the reef later. Days after sending this explosive message to Beijing, Vietnam invited Russia to hold joint military exercises in the South China Sea.

Indonesia and China’s ties have also weakened, amid the war. Both nations are concerned about the flow of coal from Indonesia to China as well as the growing danger of communism brought on by Beijing. Indonesia and Russia, on the other hand, have joined hands together to make President Joko Widodo’s vision for a new capital city a reality. According to a statement by the Russian Embassy, Moscow has offered Russian Railways investment in Nusantara.

Make no mistake, China is being isolated owing to Russia’s growing presence across the globe. It looks like Beijing’s dreams need to tread carefully or it risks complete annihilation at the hands of Moscow.