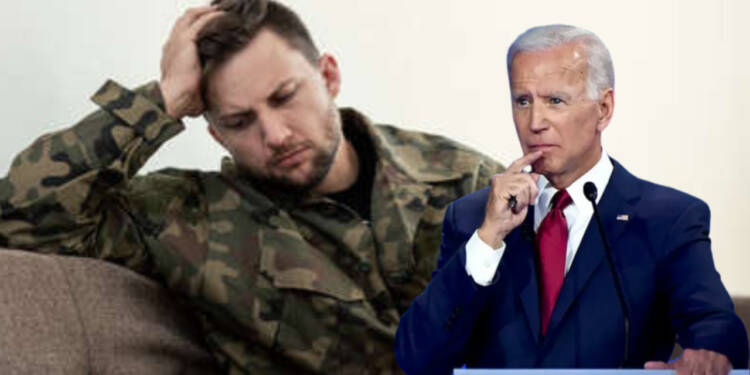 The sole superpower of the world, the ultimate leader of the preexisting-unipolar world, the United State of America’s hegemony is under constant decline after the ousting of its former Republican President Donald Trump. The United States’ defense spending is the highest in the world.

The US spent a whopping $801 billion on its defense in the fiscal year 2021. To put things in perspective, it is higher than the combined defense spending of the next eight most powerful nations including the likes of China, Russia and India.

The incumbent democratic President of the United States- Joe Biden has proved himself to be a spineless 79-year-old man, unfit for the highest office in the land. Biden President Joe Biden said on Wednesday that U.S. military officials believe it’s “not a good idea” for House Speaker Nancy Pelosi to visit Taiwan at the moment.

Biden’s comments came a day after the Chinese Foreign Ministry said it would take “resolute and strong measures” should Pelosi proceed with reported plans to visit Taiwan in the coming weeks.

In a little flashback, he is the same President who vowed to intervene militarily to protect the island if it is attacked. However, he has now been experiencing shocks when things start to get real.

The occupation of Taiwan could be a game changer for China owing to the island’s unmatched semiconductor production capabilities and the presence of a highly advanced economy. USA’s resistance to the Chinese aggression on Taiwan should be a priority if they want to avoid their arch rival from having access to highly advanced semiconductor technology. However, US President Biden is too scared to keep up with his promises.

One could question Biden’s participation in the situation if the US military is recommending against aggravating the CCP. However, the protection of Taiwan is highly in the United States’ interest and the world has witnessed a much tougher policy towards Taiwan during the Trump era. It is important here to note that they had almost the same defense systems.

Also Read: Biden promised to give Howitzers to Taiwan and then took a massive U-Turn immediately

It looks like there is an enormous lack of political will and the military is just being used as a scapegoat to save face.

Biden has adopted a Pro-China policy since his accession. His administration has also tried to undermine the efforts made by the Trump government in their trade war against China. The Trump administration applied a 25% duty on billions of dollars of Chinese products. The penalties were intended to reduce the U.S. trade deficit and force China to adopt fairer practices. Biden’s Treasury Secretary Janet Yellen, on the other hand, has called for eliminating some of those tariffs in an attempt to undo Trump’s legacy.

Some individuals in the Biden administration, including U.S. Trade Representative Katherine Tai, are against the attempts of their own government, and rightly so. Tai is against easing the tariffs when China has not upheld its agreements on purchasing U.S. products.

Biden has in fact given the Chinese a free hand to take over the United States and become the biggest economy in the world. Biden’s mistrust of his defense forces and a weak political will is empowering the Chinese to solidify their intention to launch an attack on Taiwan.