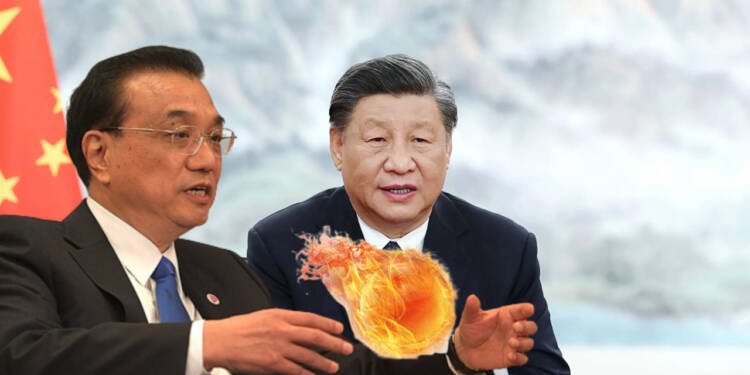 Decades of oppression in China have reached its threshold. The majority of the Chinese provinces are all set to become major hotbeds of rebellion against president Xi’s suppressive policies.

The CCP’s attempt to quash rebellions under the pretext of Zero covid policy has isolated the nation from emerging business opportunities. The lockdowns have affected businesses and have led to an increase in unemployment.

War in the streets

The CCP has for sure found creative ways to discipline its citizens who are fighting for their own hard-earned money. Armored tanks were deployed on the streets of China amid widespread protests by individuals calling for the release of their money that had been blocked by banks, serving as a somber memory of the 1989 Tiananmen Square Massacre.

Read More:  These nations once viewed China as their best friend. The Ukraine war has changed the equation

The Henan region of the nation has seen skirmishes between police and depositors over the past few weeks. Customers claim they have been unable to withdraw their cash from banks since April this year. The Chinese economy has been under increasing stress and has been the subject of record-breaking unemployment as more and more graduates enter a hard market.

On July 10, 2022, more than a thousand depositors gathered in front of the nation’s central bank’s Zhengzhou branch to launch their biggest protest to date. Numerous protests by several depositors were held in Zhengzhou, but the Chinese government disregarded their requests.

The CCP found an almost creative strategy to put down rebellions in the country. Xi, in an attempt to quash rebellions placed many places under lockdowns under the pretext of zero covid policy. Moreover, the condition of the Chinese job market is in delicate condition further leading to an exponential rise in unemployment.

The National Bureau of Statistics of China revealed new data on Saturday that indicated the young unemployment rate in the month of June was 19.3%. This percentage has seen an exponential rise since the data was initially made public four years ago at 9.6%, the level has witnessed a significant spike.

The sweeping covid lockdowns across the nation have caused China’s economy to sputter to a halt after a comparatively seamless comeback from the pandemic’s early stages. The government’s yearly goal of 5.5 percent was considerably behind the GDP growth which fell to 0.4 percent in the second quarter of the year. The causes of China’s significant youth unemployment, however, go beyond the costs associated with COVID and include more complicated political problems.

Read More: How Alibaba strategically invested in South China Morning Post and turned it into yet another CCP rag

China’s political establishment is aware of the issue. Premier Li Keqiang warned 100,000 local leaders in an emergency meeting in May this year that several financial trends were moving worse than 2020 and urged them to assist in creating more employment prospects.

The Chinese Premier Li Keqiang has started gathering support against Xi Jinping just months before the 20th Party Congress in 2022. A major leadership change is on the cards. Big business houses like Alibaba are reportedly allying with the powerful anti-Xi “Shanghai Faction” in an attempt to oust Xi. All in all, the Chinese economy is in shambles, unemployment is at a record high and the suppression of freedom is bugging off the populace.

3 lies that Biden admits he deliberately peddled against Putin