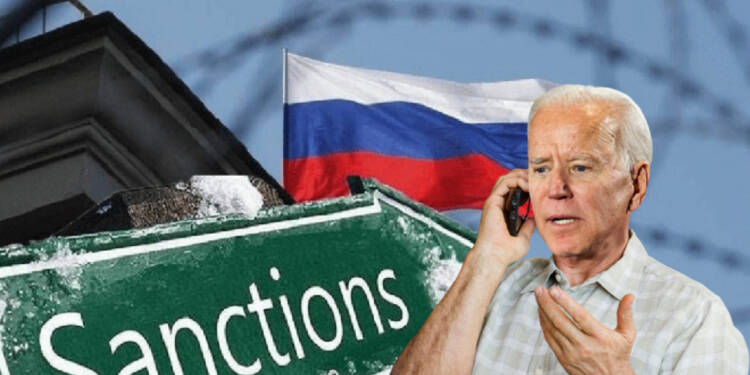 Till now it was the rebel horses such as Hungary and Switzerland who defied the common notion of putting sanctions against Russia. Stories are aplenty on how the EU and US went irate over these countries for not adopting a toughening stance on Russia.

US go a Russian way

Ironically now, the same US is sneaking ways to trade with Russia through favourable means. The turbulent months of the war have not stopped with much of the leverage now in Russian hands. This may have prompted the mastermind of the war (read US) to adopt a stance that may shame Hungary.

A tanker carrying a liquid fertilizer product from Russia is about to arrive in the United States, sources and vessel tracking data showed in recent days, at a time of widespread worry that sky-high global fertilizer prices could lead to food shortages.

While piling down a mountain of sanctions on Russia, President Biden has mindfully omitted Russian agricultural commodities, including fertilizers from the list. Now, this is coming in handy for Washington. Russia and Ukraine are major exporters of fertilizer, the key to keeping corn, soy, rice, and wheat yields. Farmers have scaled back fertilizer use due to high prices, and cut the amount of land they plan to cultivate.

Read more: Russia is prolonging the Ukraine war, and for good reasons

It was not that long before the US and EU joined forces to hurl fierce accusations against Russia for making food a useful weapon in its special military operation in Ukraine. These accusations were levelled even after it came out in the open that it was actually Ukraine that placed the blockade of food export in exchange for military weapons.

“For Russia, it’s really important that U.S. authorities send a clear signal that these deals are permitted and in the interest of global food security and they shouldn’t refuse to carry them out,” said Ivan Timofeev, a sanctions specialist at the Kremlin-founded Russian International Affairs Council.

Since the start of the war, US and EU dutifully placed Ukraine as the victor and rallied behind the east European country in hope that the combined effort could outgun Russian might with ease. The talks got inflated but nothing good happened for Ukraine in the War.

And now with US and EU doing exemptions into their restrictions on doing business with Russia to allow trade in fertilizer, it is clear as a blue sky about where the war is heading to. The US did a creative bravado by placing Ukraine as the force majeure in the war, but with the war reaching its near end, the same US has dumped its old pal to go completely the Russian way.