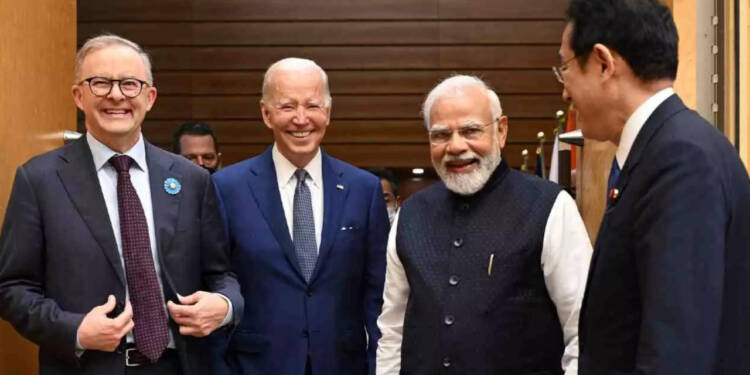 Japan’s PM Fumio Kishida does not seem motivated to lead his country through the wild waters of international affairs. Japan holds a unique position in geopolitics owing to its advanced economy, technological advancement, and unique geographical location, and Kishida is all set to destroy it along with quashing the legacy of the late PM Shinzo Abe.

Former PM Abe, who was recently assassinated during a rally, was a rigid advocate of elevating Japan to the status of a global superpower. He is known to be the harbinger of the QUAD (The Quadrilateral Security Dialogue) which is an alliance between the United States, Japan, India, and Australia. QUAD, however technically is not a military alliance but plays a significant role in presenting a united front to contain China in the region.

Read More: South Korea is planning to join the anti-China Quad to put pressure on Biden to follow Trump’s policy

The new President of the Republic Of Korea Yoon Suk-yeol is looking to bring about a complete change in his country’s international policy. China is a major trading partner of South Korea but is also a supporter of ROK’s arch-rival Pyongyang.

North Korea’s aggression towards its neighbor has upset the South Korean leader. Beijing’s support of Pyongyang’s nuclear program has created a rift between Seoul and China.

Despite having considerable trade relations with Beijing, President of the Republic Of Korea Suk-yeol is finding ways to include itself in the QUAD. The alliance’s main rhetoric in the region is to counter China’s expansionist policies and South Korea seems to want to join the group.

Seoul is on its way to becoming an economic superpower owing to its advanced technology sector and the military-industrial complex. Therefore, Seoul believes it to be a worthy contender to deserve a seat at the table.

Japan’s New Prime Minister Fumio Kishida seems to be an unworthy successor to the likes of the legendary Former PM Shinzo Abe. Japan and the ROK have some issues relating to sovereignty over the Dokdo islands in the sea of Japan. The islands symbolize the lingering historical grievances between the two nations, which have their roots in Japan’s lengthy colonization of Korea.

Japan issued this year’s defense white paper on Friday, in which it claimed its sovereignty over the Dokdo islands. The South Korean government summoned Japanese diplomats in protest.

“We strongly protest that Japan has renewed its unjust territorial claims to Dokdo in its defense white paper, which is clearly our inherent territory, historically, geographically, and internationally, and we urge an immediate retraction of the claims,” Foreign Ministry spokesperson Choi Young-sam said in a statement.

Read More: A QUAD without the US: S Korea is building one with India, Japan and Australia

Kishida is bidding his Japan against South Korea on an issue that can easily be solved through negotiations. The attitude of Kishida towards Seoul could become a problem for ROK’s membership in the QUAD.

Both Tokyo and Seoul consider Beijing to be a rising regional rival. The two countries are leading the world along with Taiwan in their capacity to produce highly advanced Semiconductors that are believed to be the future of the world. Incidentally, all three nations despise China. Therefore, a common interest between Japan and South Korea could bring more stability to the region.

The populace of Japan expects Kishida to be an able contender to carry forward the goals established by his former PM. A QUAD with South Korea as its part would indeed be a nightmare for China.