Germany humiliated Greece in 2008. Now, Greece is settling the score in style 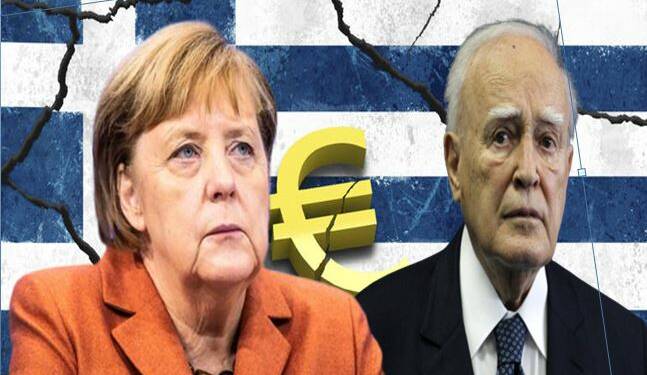 The prime minister of Hungary, EU dissident Victor Orban, made a remark a few of days ago that caused quite a stir. He claimed that the Ukraine War would not have occurred if Germany had been led by Angela Merkel.

There is no denying the former German chancellor’s imposing height. But the story also contains its share of painful past in addition to the significant achievements she accomplished to make Germany the superpower in Europe. This brings up the infamous 2008 Greek austerity saga.

Denying repeated warnings to not get involved in the Ukraine war, Europe tried a masochist attitude toward Russia but sadly to say, they failed. After this, Russian President Vladimir Putin made the biggest of all moves by reducing the supply of gas to Europe through Nordstream-1 pipeline. This was a response to the needless intervention shown by EU countries in favour of Ukraine in the war.

More than any country, the one that really felt the bruises was Germany. Berlin depended largely on Russia when it comes to energy. And with a long winter on the cards, no country in Europe will be able to hang on without Russian support. Minding this, the European Commission has proposed introducing a voluntary 15 per cent cut in target gas usage for European Union member states in case of a cut-off of Russian flows of fuel to Europe.

But many countries showed reluctance to abide by this strategy from the EU. And the most interesting name that popped from the list was Greece. Greek government spokesperson Giannis Oikonomou said “Tomorrow Greece will push for changing this initiative. We will demand the exemption of our country from this reduction. What we are going to discuss is the comparison level over one past year rather than 15. We consider the proposal of the European Commission unacceptable in its current state. Greece will demand an exemption.

The plot gets interesting here only because of the long-held tussle between the two countries that is Germany and Greece, following the financial crisis of 2008.

Currently not having any idea how to fight the winter, Germany even asked Greece to reduce the gas usage to help Berlin get past the hurdles of the Russian blockade. But Greece had a debt to pay to Germany and no time was acute more than now.

Angela Merkel and her then finance minister, Wolfgang Schäuble, came under sharp attack for their handling of the Greek crisis in 2008, with some opposition politicians accusing them of blackmailing Athens. Merkel insisted Greece practice austerity and TIME magazine even criticized Chancellor Angela Merkel for treating Greece like a disobedient stepchild rather than an equal member of the European currency union.

It is now payback time

And now it is 2022, and times have changed. Greece is well positioned to pay back the debts of 2008 and they are doing it in style. Greece’s tourism minister has sent an invitation to German pensioners wanting to escape astronomical heating bills and other high living costs this coming winter, urging them to see his country as an attractive alternative.

“In the autumn and winter it would bring us great joy to welcome German pensioners who wish to experience a Mediterranean winter, with Greek hospitality, mild weather, and a high level of service,” Kikilias told Germany’s largest selling tabloid, Bild, as he launched his appeal, adding: “We will be waiting for you.”

The gesture was nothing but a long-waited response to Germany’s insult to Greece back in 2008. The minister also added that to “survive the crisis of winter” he said costs for everything from rent to a cup of coffee or a loaf of bread in Crete are a fraction of what they are in Germany.

In addition to this, the Aegean dispute was back in the news after turkey made steps that triggered Greece to respond. But the call for help from Greece was conveniently neglected by both EU and NATO. NATO recently had to bow down before Turkey for its noble deed of allowing Sweden and Finland to get into the US-led military block.

And it goes without saying that Greece would not sit back about these NATO and EU actions. News is already surfacing about Greece doing record-breaking business with Russia. Nearly 0.9 million tonnes of Russian fuel oil were shipped with Greece as the destination, more than double the amount shipped in March, and future shipments may set new records.

All EU hopes reached a dead end with this Greece-Russia cooperation. With a long winter approaching, Germany is left with no option other than walking Merkel’s talk of 2008—practice austerity.

Ireland slept over its Islamism problem for a long time, the consequences are here now