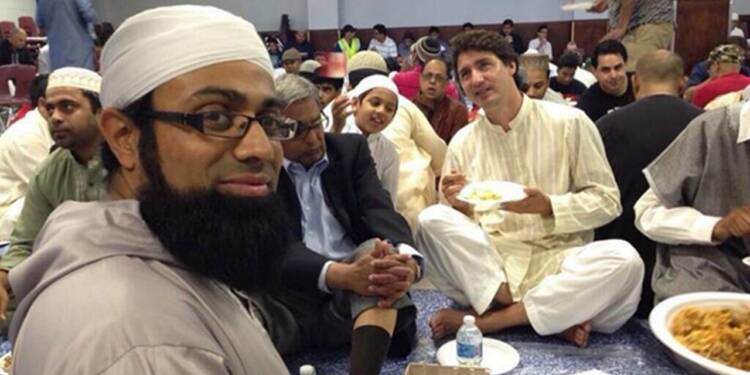 It’s forbidden to disparage the Pakistani military. Such boldness could cost you your life. But regardless of such a threat, brave voices emanated from that very terror-spawned soil.

But after all, it was Pakistan, and the world knows that the word patience is alien to them. A clarion call was made to take the head of such dissidents. Thus, many people were forced to seek asylum. After many thoughts, those people decided to cross the Atlantic and settle in the peaceful abode of Canada.

The North American country is home to many such asylum seekers from Pakistan. But the story took a turn on 22 December 2020, when a prominent Baloch leader was found dead near a River in Toronto, Canada.

It was a startling reminder to all other Pakistani dissidents living in Canada that the grass isn’t nearly as green over here.

Karima Baloch was a young, vivacious leader who crossed the Atlantic in quest of a safe place to live rather than a career, education, or the ideal spouse.

Don’t equal Karima for any normal immigrant, she was not. She had a home back in the beautiful mountainous region of Baluchistan. The reason why she flew to Canada can be stated in a word—Heresy.

Karima, a campaigner from the restive region of Balochistan in western Pakistan, was a vocal critic of the Pakistani military and state. No matter how you look into it, the Pak occupation of Balochistan reeks of nothing but the innocent blood of thousands who fought for freedom.

Several members of Karima’s extended family had been linked to the Baloch resistance movement over the years, and two of her uncles – a brother of her mother and a brother of her father – had gone missing. Their dead bodies were later found.

Karima was a Canadian refugee and was named as one of the world’s 100 most “inspirational and influential” women in 2016 by the BBC.

Karima had gone missing one chilly day, and her wet body was eventually discovered close to Toronto’s lakefront. One should take in the fact that this occurred to one of the forerunners of women’s activism who scaled all ladders of battles to emerge from the hellhole terror state and scream out loud for the rights of people in Baluchistan.

The fact that this occurred in Canada is far more important. Opting Canada for asylum was not a mistake, but opting for Justin Trudeau’s Canada definitely was a mistake.

Pakistan is 10,000 km away from Canada but with Karima’s death, it is evident that the tentacles of ISI have extended its grip on Trudeau’s cabinet.

Read more: Pakistan Watch: Hina’s new boss Bilawal, Another round of begging in Saudi, Balochistan Vs China, and a Heroin Bust

After Karima’s death, Toronto police came up with a claim that countered every bit of common sense. Police said there were “not believed to be any suspicious circumstances”. A fierce voice that was always under Pak ISI’s radar, found dead near a river, was a case of natural death according to the nosy genius of the Canadian police.

It is no wonder that it was the handiwork of Pak ISI. One just needs to join the dots: Sikh separatists in Trudeau coterie; Sikhs For Justice (SFJ) office in Karachi and its consolidation in Pakistan; ISI providing SFJ link to Beijing, and; China-backed Pakistani genocide in Baluchistan amid increasing Balochi freedom struggle.

Karima is not a lone case. There are thousands of such Baloch revolutionaries settled in Canada. The once touted serene abode in Canada is showing signs of change. Repeated calls for action from these communities have been served a big neglect by the Justin Trudeau-led government. The Trudeau government can’t upset its large Khalistani voter base, nor can it denigrate the Pak ISI piling in cash for such extremist Sikh groups to serve in Canada.

Baloch people in Canada are confined to a contemporary metropolis with a pleasanter climate but no security. Their repeated calls for justice are being snubbed by Trudeau. In another world far away, Bravery personified, Malala Yousufzai is quiet and safe in London enjoying the quintessential British tea may be, not saying a single word about Balochistan.

Scared of their lives, the Baloch people in Canada are now calling for help neither from Trudeau nor from neighbour Biden but from Indian Prime Minister Narendra Modi. Professor Naela Quadri Baloch, a senior Baloch leader who lives in exile in Canada, declared that Indian Prime Minister Modi is the hero of her people. She pleaded for India to work with Balochistan to put an end to the terrorist hotbed known as Pakistan.

“If Balochistan gets free, then there will be a statue of India’s PM Modi,” she said.