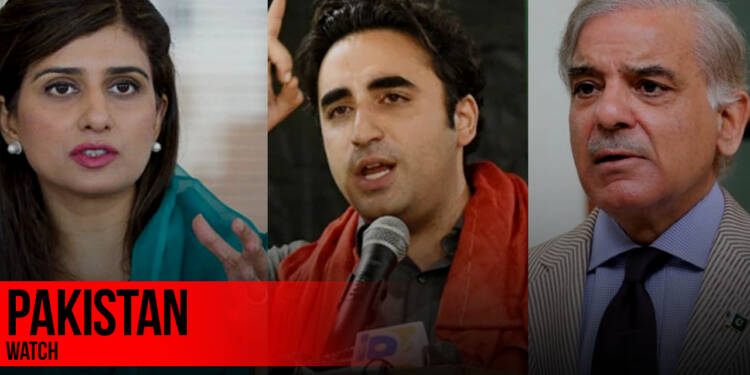 Last week, this column had analyzed the return of Hina Rabbani Khar to Pakistan’s ministry of external affairs. What we missed out however is that the former foreign minister, who received high praise from certain quarters in India, will serve as the ‘junior’ foreign minister this time around. Much like in the last few years, the decorated stateswoman will work under the thirty-three year old Bilawal Bhutto Zardari, who took over as the country’s foreign minister this week. Bilawal has often been compared to India’s Rahul Gandhi. Known not to be particularly bright, Bilawal had been in the limelight during Imran Khan’s dismissal when he told a gathering of thousands of Pakistanis that Imran Khan was not a “Chooha” but a “rat”. Although the statement earned him loud cheers from the crowd, he quickly became the butt of many jokes in the subcontinent.

His appointment comes at a time when his Indian counterpart Subramaniam Jaishankar’s incisive interventions have demonstrated that he is by far among the sharpest statesmen on the international stage, and observers in the subcontinent cannot help but notice the stark contrast. Bilawal’s new post is seen by those around him as an opportunity to gain administrative experience and global exposure, however as is often the case in the subcontinent, the country’s position is likely to be undermined only to fulfill the fantasies and outstretch the supposed learning-curve of a political dynast.

Another round of begging in Saudi Arabia

After the appointments in the external affairs ministry and the clean-up job of the military establishment, diplomacy is once again back in full swing. The top brass of the government found itself on an airplane this week, headed to the theological motherland: Saudi Arabia. The military establishment of course took the opportunity to mend fences immediately after ousting Imran Khan, since his government had botched up some of Pakistan’s most important relationships like the one with the Saudis.

This is of course something Pakistan cannot afford, quite literally, considering Saudi Arabia is a prime begging-ground. On the agenda, unsurprisingly, is a seven-billion dollar “package” that Shehbaz Sharif will seek from Saudi Arabia amidst depleting foreign reserves. The package, if it comes through, is likely to come in the form of a loan. This is particularly funny, considering just this week Pakistan’s federal Shari’a court declared that interest-based banking is against Islam and cannot be allowed in an Islamic republic. The court also gave the Pakistani government five years to get rid of the interest-based banking system and replace it with something new.

The Saudi Arabia trip though was marred with controversy. As the Shehbaz Sharif-led delegation reached the Masjid e Nawabi in Madina, it was greeted by a mob of hundreds of people shouting the slogan “Chor-Chor”. The Pakistani government was quick to blame it on former Prime Minister Imran Khan. Indeed, if certain media reports are to be believed, the Saudi Arabian government used CCTV footage and managed to identify and detain a hundred people in connection with the incident. They all turned out to be Pakistanis, proving to be yet another major embarrassment. Now they have all been fined sixty thousand riyals, sentenced to five months imprisonment, and punished with a permanent ban from the kingdom.

This was not the only incident involving Imran Khan’s supporters this week. Back in Peshawar, as an Imam lamented about the behavior of Imran Khan’s supporters in Saudi Arabia, he was surrounded by Khan’s supporters and attacked. In another incident, in retaliation to what happened in Saudi Arabia, a senior leader of Imran Khan’s party who even served as deputy speaker, Qasim Suri, was beaten up by supporters of the government in the heart of Islamabad. Despite losing momentum, it is clear that Imran’s call to take on the military establishment has had an impact among his supporters, especially those who live outside the country and are not easily intimidated by the military establishment. Things are likely to escalate on this front in the coming weeks.

On the security front, Pakistan has once again faced setbacks this week. The most prominent one came from Karachi, where three Chinese teachers at the Confucius Institute of the Karachi University were killed in a suicide attack. Confucius Institutes have been established by the Chinese government as a soft power initiative to impart the Chinese language and culture.

The Balochistan Liberation Army, which is opposed to the China Pakistan Economic Corridor (CPEC) passing through Balochistan, claimed responsibility for the attack. The suicide bomber, a mother of two and married to a dentist, was a highly educated woman who taught zoology. She was part of a special cell of the BLA, dedicated to targeting the Chinese. Naturally, China is majorly perturbed, since this is the second major attack on Chinese nationals in the last two years. The first one had killed nine Chinese engineers. They have publicly asked Pakistan to let them use air power to fight the Baloch, and considering Pakistan treats them as a patron on the international stage, the entire failure, and the Chinese reaction has turned out to be a huge embarrassment for the security establishment.

The BLA has released a video after the attack in which it says that unless China and Pakistan leave Balochistan alone, many more attacks will follow and Chinese nationals will be targeted specifically. Meanwhile, the Pakistani Taliban continues to be on a rampage. Its operation al-badar has managed to neutralize twenty-four Pakistani law enforcement officials so far, including many who were off duty and visiting their native towns and villages. The organization also released an infographic for the month of April this week, with details of the fifty-four attacks it conducted during the month.

On the India front, India officially confirmed what this column has been pointing out for the last two weeks- that there is absolutely no change whatsoever in the Indo-Pak relations in light of the new government in Pakistan. This is contrary to what a certain class of Indians hoped for. In fact, much to the dismay of the new Pakistani government, Prime Minister Modi visited the state of Jammu and Kashmir this week, sending out the message that the integration process after the abrogation of Article 370 was successful and complete. He also laid the foundation stones for hydroelectric projects, and was immediately at the receiving end of accusations from Shehbaz Sharif claiming a violation of the Indus Water Treaty. This week the Indian Coast Guard also captured a Pakistani boat right off the coast of Gujarat, attempting to smuggle heroin worth Rs. 280 crores into India.

Read Also – Pakistan Watch: Im has dimmed but this is not a new beginning