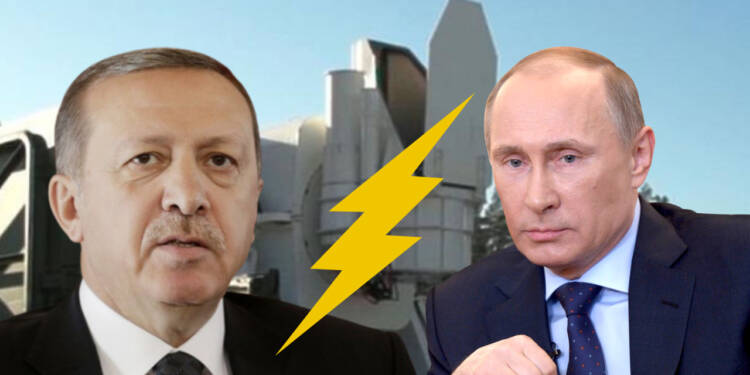 Erdogan’s myths around Turkey’s “advanced, “invincible” Bayraktar drones have finally been quashed in the ongoing Ukraine war. Turkey supplied Ukraine with Bayraktar TB2 drones in its war against Russia. However, the drones miserably failed to deter Russian assault. The fact that Russia has been preparing for anti-drone warfare since 2015 did help the Russian forces destroy Turkish drone supremacy.

Read More: Russia shoots down Turkish drones marking the start of an open confrontation between Putin and Erdogan

Private and state-run Russian businesses and research institutions have already developed highly powerful anti-drone EW systems owing to Russia’s experience in the Syrian conflict. This is a death knell for Turkey’s drone manufacturing industry. You see, if Russia has already developed an effective antidote to Turkey’s drones, no one would buy it. This will eventually strip Turkey of millions of dollars in revenue that Ankara could have earned by selling these drones around the world.

Erdogan is now truly worried about the public confidence in Ankara’s drone development capabilities. Turkey is in the grip of record-high inflation and its economy is in shambles. Bayraktar drone exports are helping the Turkish economy recover. In reality, the Bayraktar drones may be efficient in small-scale conflicts but are useless when wars are fought between sophisticated modern armies.

So, a humiliated Erdogan is now on a spree to spread false rhetoric to build a positive image of Ankara’s drone capabilities. On Tuesday, CNN Turk reported that while meeting with members of the AK Party Central Executive Committee, Turkish President Recep Tayyip Erdogan said that Putin approached him for building a Bayraktar drone factory in Russia.

Putin reportedly said, “Let’s work together with Baykar” to Erdogan.

Doesn’t it sound strange that, of all, Putin is actually approaching Erdogan to help him out with advanced drone technology, which his men in uniform have already decimated on the battlefield? On the other hand, Russia is in the works of striking a drone deal with Iran. It wants to make Iran the drone capital of the world. So, Russia has no reason to seek Turkey’s drone warfare assistance in the Ukraine war.

Ankara is clearly feeling threatened by Russia’s anti-drone technology. So, Erdogan now wants Russia to purchase its drones so that the Kremlin could be prevented from sharing the anti-Bayraktar technology with the world. If Russia would build Bayraktar drones on its soil and sell them to the world, it would naturally get discouraged from sharing the anti-Bayraktar drone technology with any nation.

This is Erdogan’s last-ditch effort at sustaining Turkey’s highly precarious drone supremacy on the battlefield. Erdogan fancied that Turkey’s advanced drone warfare would not only upend his nation’s miserable economy but also help Turkey shore up its geopolitical clout. But Putin’s anti-drone super-weapon has spelt doom for his inflated ambitions.