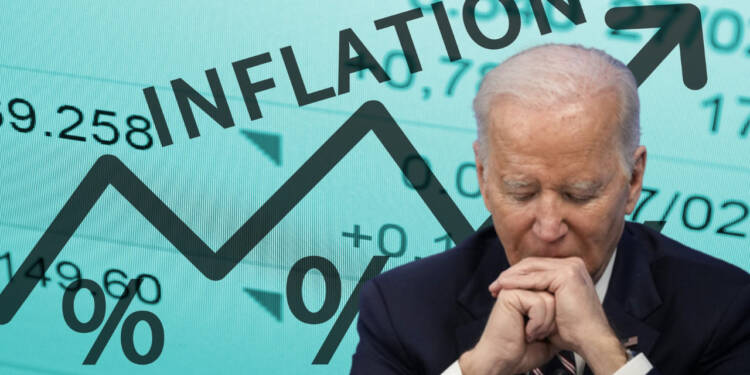 The U.S. economy has hit a double whammy. The economy is slowing down: GDP was 5.7 per cent last year and it’ll be somewhere between 2 and 3 per cent this year. Whereas, the interest rates are climbing as inflation continues to crumble the pocket of Americans.

In short, the situation is pretty bad. Now, more and more Americans are calling upon the US administration to cushion up before the eventual falls begin and the US heads into a recession. This is going to be for the 33rd time when the US is heading into a recession.

As demands to lower the likelihood of a recession and bring inflation to a manageable level built on the Biden administration, as a result, the Democrats are currently formulating an Inflation Reduction Act. This law is a rehash of the Democratic Party’s all-time favourite, “Build Back Better,” so to speak.

Build Back Better is back

The Democrats are back with their time-tested plan, “Build Back Better,” but this time it’s in a new box. The Inflation Reduction Act of 2022 covers a variety of issues, including the cost of prescription drugs, corporate taxes, and the environment.

Dems promise to focus on the act’s provisions for IRS enforcement, a proposal to close the carried interest tax loophole, and a 15 per cent corporate minimum tax. It also includes record climate spending, but on a smaller scale than what the House of Commons had anticipated.

Democrats released a one-page fact sheet about the new “Build Back Better,” plan, which is substantially more comprehensive than the reconciliation package which Sen. Manchin agreed to a few weeks ago.

However, the draft contains significantly less than what the party had previously campaigned for. As per the estimates, the act would be bringing $739 billion in revenue and will invest $433 billion in spending. It would also reduce the deficit by $300 billion or more.

The democrats believe that through this bill, the white house would be able to bring down inflation and fix some major issues within the US economy. But, democrats are probably mistaken because they are retrying an already failed policy.

Read More: US awaits a recession. A prolonged and painful one

The federal government wants to reduce inflation inside the USA. But, Biden’s men are off on the wrong foot. The Inflation Reduction Act of 2022 is based on reducing the cost to encourage purchasing power. This means the act stresses fixing demand-side inflation. But, at this moment, the problem is as different as chalk and cheese.

The US is not facing demand-side inflation, because the demand is almost constant. The actual problem is supply-side inflation. There are problems in the labour markets; for instance, shortages are now the ordinary and it is causing supply chains to break down, from staff shortages in airlines to restaurants, and problems with healthcare delivery, US is entirely damned.

Biden is mistaken if he believes that the US will emerge from the recession by solely focusing on demand-side inflation, it’s just not happening. Without fixing the supply side inflation, the newly wrapped, Build Back Better would fail again as happened before.

Even today, Homelessness, joblessness, and uncontrolled inflation continue to make the life of an American citizen hell. Moreover, after Biden’s inauguration, it has just made things got worse.

The likelihood that their nation may be forced into a recession has the populace in a huff. Additionally, the new Inflation Reduction Act 2022 has the potential to hasten the collapse of the US economy. The supply limits must be the focus of Mr. President’s efforts if he truly wants to salvage the US economy.