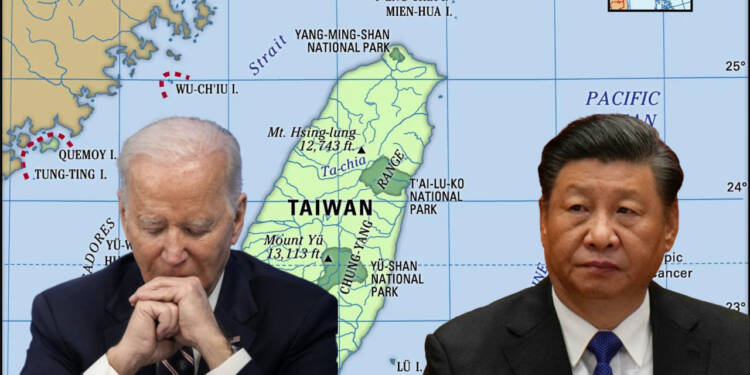 Recently, US House of Representatives Speaker Nancy Pelosi announced that she is planning a visit to Taiwan. The decision saw a huge uproar from China. China has privately issued stark warnings to the USA which include major military retaliation. However, some recent events prove the change of policy of the USA in regard to Taiwan.

The USA has promised Taiwan of providing the necessary weapons in safeguarding itself. However, according to the Taiwanese defense ministry, the supply of vital military equipment to Taiwan is being delayed by the USA. A holdup of M109A6 Paladin self-propelled howitzers has been reported by the government. 40 of the artillery units were scheduled to arrive on the island between 2023 and 2025, but Washington told Taiwan that delivery would now likely not occur until 2026 at the earliest because of “difficult” supply conditions in the United States.

Taiwan is also expected to acquire 250 Stinger surface-to-air missiles in a series of shipments by March 2026. However, a Ministry of National Defence official warned reporters that “there is certainly a risk of a delay in this year’s deliveries due to changes in the international situation.”

Additionally, Taiwan has also ordered 66 F-16 fighters, which should arrive by 2026. The ministry stated that it will “continue to interact with the U.S.” when considering the consequences of that order.

Given the delay in ordering weapons, the ministry has stated it is looking into other options for buying weaponry.

US has also attacked the “idea” of QUAD. US has invited Japan and Australia to the NATO summit last month. Japan under Shinzo Abe had adopted a muscular approach in shielding Taiwan from Chinese aggression. US rather than strengthening the QUAD has rather diminished its stature.

Every day, the reports of increased China’s aggression in Taiwan come, but there is no support for the island from Japan and US. Japan which was a firm supporter of Taiwan’s independence and security has abandoned it under the present Prime Minister Fumio Kishida. Japan’s foreign policy is virtually controlled by the US and its change in stance towards Taiwan is noteworthy.

The 13 IPEF members account for 40% of the world economy. It had Australia, Brunei, India, Indonesia, Japan, South Korea, Malaysia, New Zealand, the Philippines, Singapore, Thailand, and Vietnam in addition to the United States.

According to AP, Taiwan sought membership in the IPEF framework too. However, despite such an important trade agreement, Taiwan was excluded from it. The decision to not include Taiwan was taken so that it doesn’t offend China. The soft posturing by the USA in regards to Taiwan considering China is in stark opposition to what it claims.

As the US midterms approach, the failure of the US and NATO in Ukraine continues to harm US’ image. The hullabaloo over Taiwan before midterms in the US is purely to gain political points. The steps which would have mattered for Taiwan have been ignored by it.

The delay in arming Taiwan when the danger of Chinese invasion looms over the island underscores the policy change of the Biden administration towards the island. Washington deteriorating the power of QUAD and not including Taiwan in the trade deal despite the latter’s insistence shows that it has left Taiwan in the lurch. The virtual flashpoint over Taiwan is staged and pre-planned.