Whenever he feels he is in desperate need of investments and global attention, the wannabe Khalifa President of Turkey digs out expensive fossil and rare earth reserves out of nowhere. 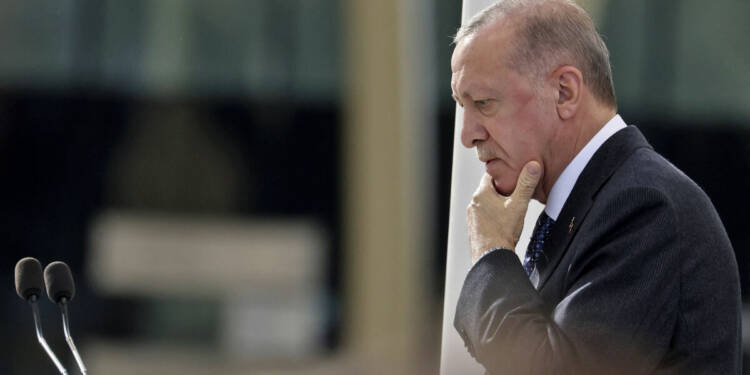 A few days ago, Turkey announced the discovery of a huge deposit of rare earth elements that could be used to make electric vehicles, wind turbines, and solar panels. Turkey stresses that the deposits were discovered after exploration for more than a decade.

Although Turkey claims its new deposit will provide for the world’s needs for 1,000 years, there are concerns that Turkey could be lying again just to grab the world’s attention as its economic prospects look gloomy. Several experts related to the matter within Europe strongly believe that Turkey is probably lying through its teeth.

UK-based experts have inquired Ankara about the quality of rare earth metals in Eskisehir. Surprisingly, Ankara is tight-lipped over the matter.

Christopher Ecclestone, a principal and mining strategist at the UK research house Hallgarten & Company asks: “If they’re claiming such a big deposit, they would have done a lot of drilling and would know what the grade was, So where’s the detail?”

Additionally, the experts suspect that the Turkish deposit does not include the “rarest type in demand for use in high-performance magnets” but rather simply the rare earth elements lanthanum and niobium, which are “now in a major oversupply.” So, Turkey’s false claim of discovering ‘rare earth metals’ might just be a farce.

You see, Turkey has a long history of making ludicrous claims that make absolutely no sense for the world and are solely aimed at achieving geopolitical objectives. For instance, Erdogan in 2020 chest-thumped before the world when Turkey announced the discovery of a large natural gas reserve in the Black Sea.

At that time, Erdogan had stated: “Turkey has realized the greatest natural gas discovery in its history, we are determined to solve our energy issue. We will not stop until we become a net exporter of energy.”

Later, it was found that the amount of gas discovered was a mere 320 billion cubic meters, and it was definitely not enough for it to become a ‘net exporter’ of gas. This is why Western experts are now sceptical about Ankara’s hefty rare earth reserve claims.

Read More: In a desperate move to save its economy, Turkey puts its citizenship up for sale

Erdogan’s jump to save Turkiye

Such claims come at a time when Turkey has entered into an economic crisis of epic proportions, from which, recovery is now an arcane task.

If the deposit is worth what Ankara claims it to be, it would give Turkish President Recep Tayyip Erdogan great leverage over its NATO partners and especially European nations.

In 2020, the European Raw Materials Alliance (RMA) was established by the EU in order to encourage member states to diversify their suppliers of basic raw materials, especially rare earth metals, to reduce its dependence on China.

Turkey understands that the western world is already stressed due to China’s unparalleled dominance in the rare earth sector. So, by making such headline-grabbing claims, Turkey wants to become a valuable partner for the West.

So, Ankara, out of nowhere, is entering this spectrum as it believes that through these rare metals, it might revive its collapsing economy by luring international investors. However, unlike in 2020, the west is not looking willing to buy Erdogan’s claims and instead focusing on exposing his lies and hypocrisy.

Chinese drivers get blown up while driving faulty cars amid heatwaves