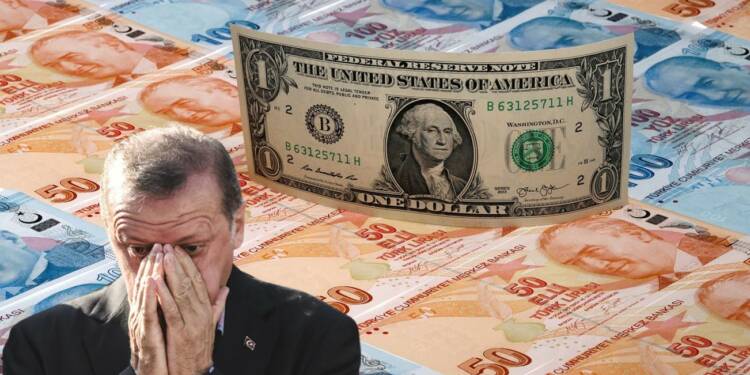 The situation in Turkey is a tragedy that every developed country should study thoroughly. Once a model state for the larger Islamic world, it only took a mad man, to reverse all these years of development. The sole reason why Turkey is gripped by unsparing inflation and its currency – the Lira is on its deathbed, is because Erdogan has cut down interest rates to unsustainably low levels. Inflation in Turkey soared to a 19-year high in December, fuelled by the lira’s fall and President Recep Tayyip Erdogan’s demand for lower borrowing rates.

Last month, the annual consumer inflation rate reached 36.08 per cent, the highest since September 2002 and a significant increase from November’s figure of 21.31 per cent. The figure is greatly above the consensus prediction of 27.36 per cent in a Bloomberg poll of 19 analysts. In the face of such acute crisis and increasing public opposition Erdogan has stooped to the levels of putting Turkey’s citizenship up for sale.

Turkey changed the requirements for foreigners seeking Turkish citizenship on Thursday. The required investment amount for getting citizenship will be decided in a foreign currency, which will be sold to the central bank through a bank prior to the investment transaction, according to the new regulation, which was published in the Official Gazette.

It added that the Turkish lira amount obtained as a result of the sale will be kept in Turkish lira deposits or government debt instruments for at least three years.

Also read: Turkey shuts down its own markets as Lira enters freefall

Erdogan’s Islamist fanaticism is forcing the shutdown of Turkey. Turkish Lira weakened more than 8% to break past 18 per dollar on 20th December, heading for the fifth day of declines. The currency has retreated 58% this year versus the dollar. You will be shocked to know that Erdogan has modelled his entire economic policy based on lower interest rates and cheap currency, which will only worsen the country’s inflation and lead to the complete decimation of the Lira.

Turkish investors have completely lost their confidence in the Turkish economy and prefer foreign stocks to stash their money in now. Here’s what Nick Stadtmiller, director for emerging markets at Medley Advisors, was quoted as saying by Economic Times: “Turkish stocks have surged despite a worsening macro backdrop. But now, Turks pulling their money from the stock market may represent an acceleration in the trend of local capital outflows from the country.”

Erdogan’s approval ratings have slumped to an all-time low of 39%. Erdogan’s AKP has support from just 26% of the voters. The national alliance, which is a collective of major opposition leaders, seems to have gotten ahead with almost 40% of the voters backing them. Come 2023, Erdogan will find his fascination and addiction to Islam being the prime reason why he gets kicked out of office. Realising this, but not willing to accept where he is wrong; Erdogan is more willing to put Turkey’s citizenship on sale rather than improve the economy structurally.

The investor has the right to apply for Turkish citizenship in a special method if he or she invests at least $500,000 in fixed capital or equivalent in a foreign currency. This exception will also apply to those who purchase real estate worth at least $250,000 or the equivalent in a foreign currency, provided that an annotation is made in the land registry stating that it will not be sold for three years.

Citizenship can also be granted to foreigners who have been promised the sale of real estate through a notary contract, provided that a condominium or floor servitude has been established, a deposit of $250,000 or its equivalent in a foreign currency has been made, and a commitment not to be transferred or abandoned in the land registry for three years has been annotated.

Whatever assessment one may have of this step, in support or opposition, one cannot deny the fact that Erdogan has led to the cataclysmic decline of a once-thriving secular democracy into a state that is failing while the head of the state is travelling with a begging bowl. What a decline of a country that was the hope for modernisation of the Islamic world.