Beijing and Washington DC together were conspiring to crush Russia’s aviation sector. However, the plan soon hit the Switzerland wall! 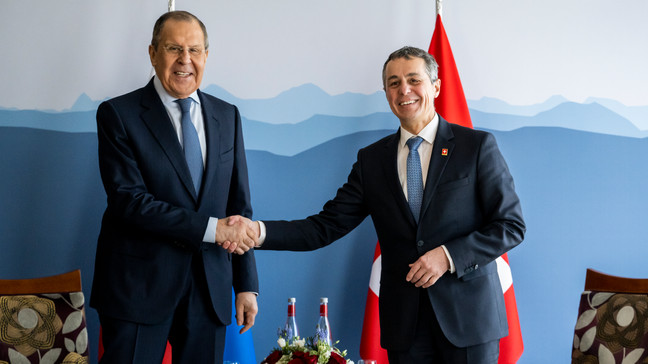 When sanctions were imposed on Russia in the aftermath of Moscow’s invasion of Ukraine, the Russian aviation industry surely took a severe hit. Russia effectively lost the ability to maintain its vast fleet of aeroplanes and ensure that the maintenance records satisfy international standards.

Under the sanctions, western companies like Airbus and Boeing were prohibited from rendering maintenance services to Russian airlines. Furthermore, a severe shortage of spare parts caused problems for Russia’s own Sukhoi Superjet 100 aircraft. This was a significant win for Western allies. Interestingly, the so-called foul-weather ally of Russia, China conveniently chose to stay tight-lipped and sneakily gloat over Russia’s misfortunes.

Russia had reportedly sought help from China to allay its aviation woes. But, Xi simply denied. All in all, Russia was left to fend for itself. China actually saw a golden opportunity in Russia’s miseries.

And even as China and the West patiently waited for Russia’s aviation industry to come crashing down, Switzerland was quick to spring up as their Achilles heel.

Bloomberg has now reported that Swiss exports to Russia of turbojets, air pumps and other machinery have surged in the past two months as the manufacturers in Switzerland race to fill the void created by the exodus of Western companies.

Exports of turbojets, turbo propellers, and other gas turbines have jumped to 11.2 million francs in May and 5.9 million francs in June, according to Swiss customs data. Now, that’s a significant jump from monthly trade worth 1 million Swiss francs in January. Furthermore, shipments of air and vacuum pumps have increased significantly compared to pre-war levels.

This clearly illustrates that Bern is bailing out Moscow’s aviation industry and thus cancelling all western sanctions on it. You see, Switzerland is towing a totally different line from its European Union allies.

For instance, see this data. After the sanctions were imposed, the bilateral trade between EU and Russia took a massive hit. On the other hand, Switzerland doubled down on its trade ties with Russia.  In July, bilateral trade touched a whopping amount of $500 million.

Switzerland has always refrained from implementing harsh sanctions on Russia. It even rejected EU’s demand of freezing the assets of wealthy Russians to help fund Ukraine’s $750 billion rebuilding project.

Furthermore, when G7 nations vowed to boycott gold tracing its origin in Russia, Switzerland was the first country to show G7 the middle finger. More than 3 tons of gold were shipped to Switzerland from Russia in May, as per the data from the Swiss Federal Customs Administration.

This is how Switzerland single-handedly foiled and flattened China’s and the West’s vicious plans to crash Russia’s aviation industry. This also breaks the myth of a “united western sanction campaign” against Russia. Switzerland has once again reaffirmed that Russia is an indispensable partner for Europe and no country in the EU should blindly follow USA’s diktats in order to keep their economy up and running!