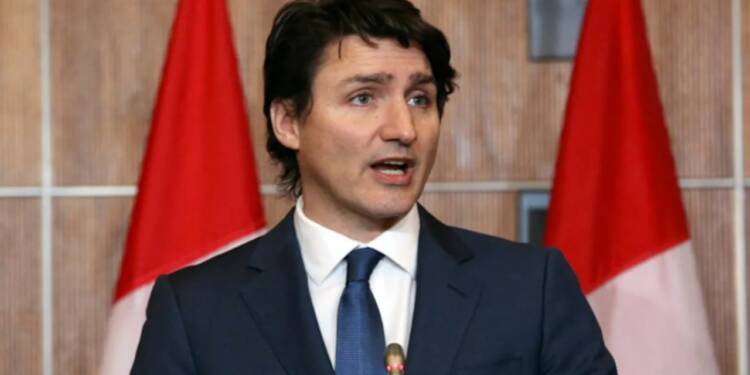 If you live in Canada and want to meet your mother on her deathbed in Hong Kong, or London, or even Quebec city, you won’t be allowed to. Either you get jabbed or you would never see your mother again. Yes, this is what happens in Justin Trudeau-led  Canada.

On August 13, 2021, the Canadian government announced that anyone who hadn’t been vaccinated against Covid would soon be barred from planes and trains. In many cases, Canadians were barred from leaving the country or even travelling within the provinces.

We all know, Trudeau loves to fall out of the box. So, he came up with a COVID vaccine mandate regarding restrictions on the movement of his countrymen, which is believed to be the strongest around the globe.

Jennifer Little, the director-general of COVID Recovery, the secretive government panel that crafted the mandate, called it “one of the strongest vaccination mandates for travellers in the world.”

But, don’t you think, a thing like this perfectly suits the public persona that Justin Trudeau has cultivated for himself? Pitching in draconian and sweeping policies like these is what he is known for.

The recently released court documents—which capture the decision-making behind the travel mandate—indicate that, far from following the science, the prime minister and his Cabinet were focused on politics.

The whole case came to light when two business owners in Canada filed a lawsuit against the government. Otherwise, the entire matter would have been under seal.

Make no mistake, the government lawyers had tried their best to shut down the case calling it a moot and making sure that the documents were never brought to light. But the two businessmen, Karl Harrison and Shaun Rickard fought tooth and nail to expose the truth behind the mandate.

Moreover, Trudeau’s vaccine mandate was for mere vote bank politics. The liberal poster boy, betting that his standing has been improved by his government’s response to the coronavirus pandemic while his main opponent has failed to gain traction with voters,  called a snap election — presumably expecting that his Liberal party, which was in the minority in the House of Commons, would benefit from the announcement and be catapulted into the majority.

But hilariously, the Canadians voted him out. As it turned out, the Liberals failed to win a majority in the September 2021 election. In the meantime, roughly five million unvaccinated Canadians were barred from visiting loved ones, working or otherwise travelling.

Silly Trudeau wasn’t even able to achieve his ulterior motive behind imposing such a stringent mandate. But, to be clear, Canadians should take cognizance of the fact that Trudeau is willing to go to any lengths to pursue his vile agenda, even if it means endangering the livelihood of his own countrymen.