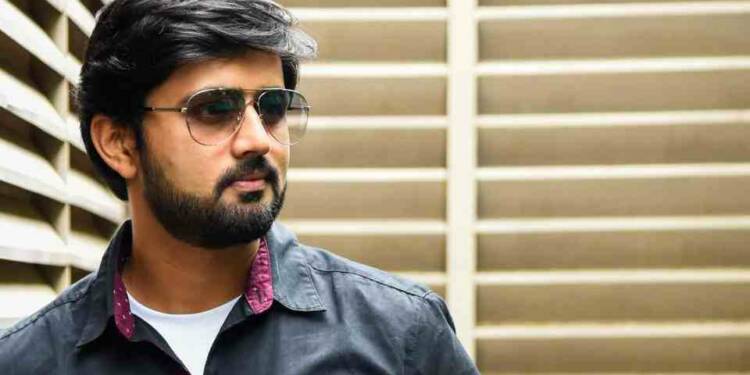 Shashank Ketkar was born on September 15, 1985. He is a Marathi television and theatre actor who works primarily in Marathi. He rose to prominence as Shree in the popular daily soap Honar Sun Me Hya Gharchi. In this article we are going to talk about the biography, career, notable works, films and family of Actor Shashank Ketkar so read the article till the end.

Shashank Ketkar earned a Master of Engineering Management from the University of Sydney in Australia. In Australia, he worked as a duty manager at Olympic gold medalist Ian Thorpe’s swimming school.

While in Sydney, he participated in Marathi plays and musical programs put on by cultural organizations. After finishing his education and returning to India, he decided to pursue performing arts, which had previously been his hobby.

Shashank Ketkar joined the Pune-based theatre group “Sudarshan Rangamanch,” where he landed his first role in the play Purnaviram, directed by Pramod Kale and written by Sachin Kundalkar.

He then auditioned for Marathi television shows and made his debut as Kailash in ETV Marathi’s daily soap Kalay Tasmay Namah, where he played Vikram Gokhale’s grandson.

Ketkar’s breakthrough came in 2013 with the Zee Marathi daily soap Honar Sun Me Hya Gharchi, where he starred as Shreerang ‘Shree’ Gokhale.

Ketkar and his co-star, who plays his wife Janhavi, received the “Best Actor” and “Best Couple” awards at the Zee Marathi Awards in 2013. The show won 11 awards across the board.

In 2014, he played Mangesh Kadam and Leena Bhagwat’s son in the play Goshta Tashi Gamtichi, for which he received the Akhil Bhartiya Natya Parishad Award for Best Supporting Actor (Commercial Plays).  Sagarika Musics released his first single, “Yaara,” in 2015. Deepika Jog co-sings the romantic single, and Ketkar appears in the video.

Shashank Ketkar married Tejashree Pradhan in 2014, but the couple divorced in 2015.  Shashank married for the second time in 2017 to Priyanka Dhavale, a lawyer from Dombivli, a city near Mumbai.

In 2014, Shashank Ketkar married actress Tejashree Pradhan, but the couple divorced in 2015.

Shashank married for the second time in 2017 to Priyanka Dhavale, a lawyer from Dombivli, a city near Mumbai.

Shashank stated that Priyanka had a condition when he proposed to her. When Priyanka became bored, Shashank was asked if he would take over the kitchen. Shashank, who takes over cooking duties when Priyanka is unavailable, happily accepted the condition.

Shashank has decided to pursue his passion for cooking. In his mother’s village, he has opened a hotel. Shashank has also started a YouTube channel where he showcases his culinary skills. His recipes for delectable dishes are well received by the audience.

We hope this biography article of Shashank Ketkar will be helpful for you to understand his journey and works.