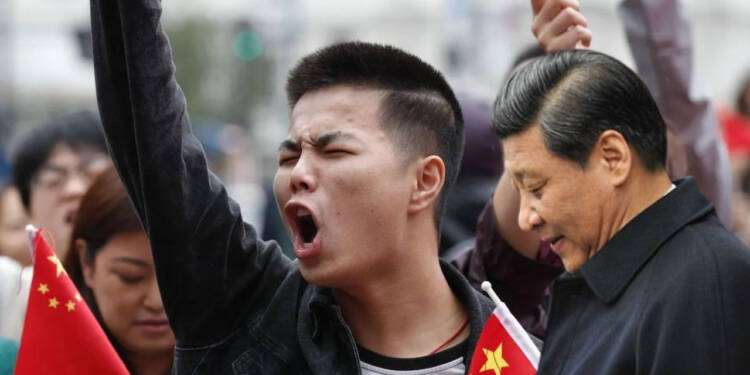 Nancy Pelosi, the speaker of the US House of Representatives, arrived in Taiwan, finished her tour, and left. Despite warnings, China has not taken any extraordinary measures to threaten Taiwan, except for banning cookies and biscuits.

CCP had touted fiercely that if Pelosi enters Taiwanese airspace, her plane would be struck down. Furthermore, Taiwan must be ready for military action, an official warning by CCP said. Numerous reports also claimed that CCP was engaging in different activities to invade or enter Taiwan.

The CCP was playing with the world’s view, claiming that Taiwan would soon be history. But, nothing has happened yet, and to be honest, we all know that nothing will happen. This was a well-orchestrated drama that was concluded with Democrats gaining some political points ahead of the midterms.

But for CCP, the aftermath has not been kind, the Chinese citizens are very angry over CCP’s action. So, to express their disdain with CCP, the citizens have stormed Weibo and WeChat with their anti-CCP comments.

Chinese Citizens are not happy

Before Pelosi landed in Taiwan, Chinese citizens were lauding the tough response from their government, military, and media personalities who were attempting to thwart Speaker Nancy Pelosis’ visit to Taiwan.

But for them, the world turned upside down when Pelosis’ plane touched the runway in Taipei. There was a complete U-turn by social media users. The users started commenting about how disappointed they are with Beijing’s lame response to the whole event.

Most of the Chinese citizens complained that they feel insulted by the government. “Don’t put on a show of power if you don’t have the power, What a loss of face!” a Weibo user wrote from his handle after Pelosis’ plane landed.

Some users even lambasted the government citing they don’t deserve the people who had waited for hours to witness how history could be made. “A great nation. How ironic!”

This dissatisfaction is not just limited to some common Chinese citizens, even some Communist Party members are not happy with Beijing’s attitude. Among thousands of comments, a few CCP members stressed that they would quit out of shame.

Well, China had made a number of harsh condemnations and had announced a frightening number of military drills near Taiwan. But, its lack of action has left everyone scratching their head.

There is a reason for calling CCP a paper dragon. In recent times, many nations have woken up to the reality that CCP just boasts about its military strength and capabilities. The worst they can do is to publish a series of bashing articles in its mouthpiece, i.e. Global Times.

Firstly, India made the world realize that PLA is a pure novice when it comes to hand-to-hand combat. Then, the Chinese were insulted in Zimbabwe where their embassy was criticized by the Media Alliance of Zimbabwe for intimidating a weekly newspaper after the latter published information about malpractices by Chinese mining corporations.

Read More: Even Zimbabwe realizes now that China is a ‘paper dragon’

There are so many insults of CCP that the list is truly endless. What do you expect from a nation that simply snubs weaker nations while praising its virtues? This was predictable, and we’re happy that Chinese people are now aware of it.

At least now they are aware that their nation is nothing more than a “paper dragon.”