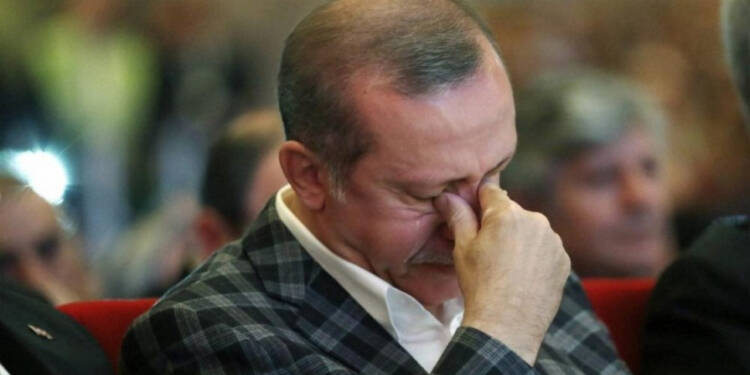 The ‘wannabe’ Khalifa wanted to annihilate Kurds and dethrone Bashar Al-Assad at any cost. Turkey, like many regional and western powers, wanted to obliterate Syria like there was no tomorrow.

But when Russia came to the aid of its old ally in September 2015, the tides turned in Assad’s favor.

The west and others quietly withdrew their calls for Assad’s resignation, but Turkey maintained its resistance. But now, another paradigm shift is taking place, Erdogan is going to submit himself before Assad, and this could be one of the most disastrous moments for NATO.

Last week, Turkish President Tayyip Recep Erdogan visited the southern Russian city of Sochi, where he discussed the issue of Syria with Russian President Vladimir Putin. At that time, the Turkish media had reported that the Russian President has recommended Ankara to work peacefully as much as possible with the Assad government to combat terrorism as such an approach would be “much more accurate.”

Russia also brokered to hold a meeting between the two counterparts. But, Ankara downturned the offer citing it is “too early” for something like that. But, the world’s most confusing nation has again taken a U-turn.

According to media reports, Turkey has succumbed to the Russian mediation offer. The leaders of Turkey and Syria – Recep Tayyip Erdogan and Bashar Al Assad – would be holding telephone talks for the first time since their dispute surfaced. This is the same Turkey that had recently vowed to invade Northern Syria.

Now, that’s a significant U-turn following the declaration by the Syrian Kurdish Forces that they are willing to work with Syrian forces to resist Turkey. This news means a significant defeat for NATO. And we can also say that Erdogan is clearly afraid.

Read More: Time was right for anti-Assad forces to take on Syrian strongmen but here’s why they failed

A month ago, Turkey proclaimed out loud about its possible military action in the northern Syrian region which is considered the last-held bastion of Ankara on the Syrian soil. But, the plan was snubbed by Russia as Putin rejected Erdogan’s request to invade the Kobani and Jazirah region of northern Syria.

To make situations worse for Erdogan, The Syrian Democratic Forces (SDF), the ferocious foe of the Assad regime also announced that they are “open” to coordinate with the Syrian government troops to fend off any Turkish invasion from the north.

Ankara’s plans to invade Northern Syria under the guise of a “safe corridor” were destined to fail. Hence, the ‘wannabe’ Khalifa was left with no choice but to submit to Bashar Al-Assad. Well, even before the official announcement, the nation was already dropping hints.

Last month, Turkey’s top diplomat, Mevlut Cavusoglu, hinted that his country is prepared to work alongside Damascus against the Kurdish militants as Turkey was “willing to give all kinds of political support for the work of the Syrian regime in this regard.”

Erdogan talking about peace with Assad was something that could make everyone in stitches. But, it’s soon to become a reality and this means that NATO’s one and only goal in the Middle east of remaining dominant within Syria with the help of Turkey would also fail.

When it comes to making some quick bucks, Turkey would do anything for it, even if it means offending its own allies. Through his efforts in Syria, the ‘wannabe’ Khalifa intends to score some political points ahead of his elections in 2023.

However, a Bashar-Erdogan alliance is bad news for US-backed troops operating in the region and good news for Russia. This is why NATO’s silent ambition to overthrow Bashar Al-Assad’s regime may meet a terrible end.

Freedom Convoy ghost is back to haunt a numbed Justin Trudeau