After India’s infamous farmer protests, there happened a rupture in diplomacy between Canada and India. The Canadian prime minister did his utmost to position himself as a messiah of the Khalistani fringe elements who orchestrated the Indian farmer's protest. 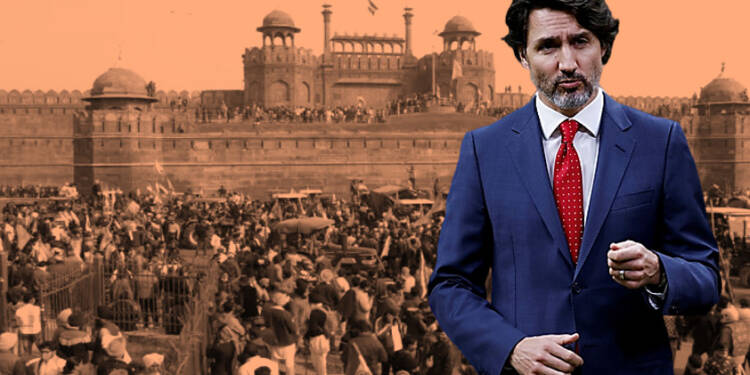 India has shared vital intelligence input to Canada that Khalistanis and Pakistan-backed Kashmiris might be plotting something serious ahead of 15th August which is Indian Independence Day.

The Indian High Commission also looks toward Canadian authorities to provide adequate security to its diplomatic offices in Ottawa, Toronto, and Vancouver.

This is a first from India requesting security from Canada because the chances of Khalistanis or Pakistan-backed Kashmiris ruining the celebrations are high.

Read more: Big media is breathing its last in Canada

The Indo-Canadian community is going to celebrate the 75th Independence day for the first time in public since 2019 after the Covid restrictions were relaxed. In 2019, more than 50,000 people of Indian origin took part in the celebrations with full enthusiasm.

Last year, the non-profit Panorama India organized an event for August 15 in the Toronto suburb of Mississauga, but the celebrations were eclipsed by protests.

Khalistanis and Pakistan-backed Kashmiris disrupted the celebrations deliberately and expressed their hatred against India and its nationals. Hence, The Indian government has its necessary reasons for concern.

With this request, India has officially given an olive branch to Canada, a branch that could prove beneficial to Ottawa in re-establishing its ties with Delhi and could help straighten up things between the two nations.

But, there’s a serious problem, and that is Trudeau’s strong camaraderie with big voter base khalistanis and Islamists of Pakistani origin.

Not even a single person in Canada could deny the fact that Canadian PM Justin Trudeau has a soft spot for Khalistanis and Islamists. It has been noted many times that Trudeau has tried to portray himself and his liberal party as a savior for both these extremist groups.

In January this year, The PM in a tweet termed Islamophobia “unacceptable”. He had asked the world to put a full stop to hatred against Muslims.

Trudeau had stressed, “We need to put an end to this hate and make our communities safer for Muslim Canadians.” Trudeau even announced the appointment of a Special Representative on combating Islamophobia.

MacDonald Laurier Institute (MLI), an Ottawa-based think tank, has already advised Trudeau to quickly repair relations with India because “Canada is utterly missing in action geopolitically,”. Restoring ties with India might strengthen Canada’s position in the world. But in order to do it, he must set aside national politics.

Will he do that? Very Soon, we would have an answer.

50 Eye-Opening people use you quotes and captions