Estonia and Finland have now effectively invited their own doom in the name of helping NATO materialize its anti-Russia ambitions. 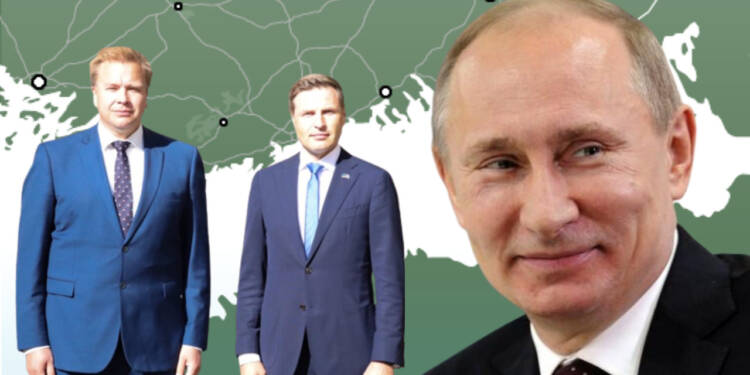 The fight between NATO and Russia has always been a live wire. However, in this fight, Russia has always proven to be ahead of western powers. This is the reason why the allies remain baffled, and their efforts to torment Russia remain unsuccessful.

Now, in an effort to damage the Russian economy, NATO is back with a renewed strategy. But the plan has a major flaw and it could offer Russia more leverage. Frankly, it would not be wrong to say that NATO is making the last-ditch attempt to win a lost war.

NATO members want to turn the Gulf of Finland into a “NATO internal sea.”. According to ERR, Finland and Estonia are about to integrate their coastal missile defence systems which would allow the countries to close the Gulf of Finland to Russian warships if necessary. Estonian Minister of Defense Hanno Pevkur has also confirmed the strategy.

In a meeting with the Defense Minister of Finland, Pevkur agreed to integrate the defence systems of the two countries and exchange vital information. “The range of Estonian and Finnish missiles exceeds the width of the Gulf of Finland,” Pevkur said.

Furthermore, he added, “The joint missile defence will allow NATO countries to close The Gulf of Finland. The Baltic Sea will become NATO’s inland sea when Finland and Sweden join the alliance.”

Make no mistake, the Gulf of Finland is a key strategic location in the Finnish Sea. Just 45 kilometers of sea separate the two countries at their narrowest point, and 120 kilometers at their broadest.

The nations may create the impression that all this is being done to bolster defence, but the reality is different. Turning the Gulf of Finland into “NATO’s internal sea” would be terrible for Russian trade because the St. Petersburg port would be affected by NATO’s plans.

The port of St. Petersburg is crucial to the Russian economy. By providing access to Russia via the Baltic Sea, it facilitates trade throughout Scandinavia, Europe, and beyond. Additionally, being the busiest Russian port, St. Petersburg serves as the start or end point for a number of global commercial routes.

The western allies would have direct authority over the transits from St. Petersburg should they successfully manage to convert the Gulf of Finland into “NATO’s sea.” Russian economic relations with the rest of the world could be completely destroyed as a result because Russia lacks other ports that can facilitate as much trade as St. Petersburg currently does.

Hence, NATO’s ‘cunning’ plan to block St. Petersburg might have devastating effects on the Russian economy. But, the NATO plan is seriously flawed. The Russian city of Kaliningrad, which is located between Poland and Lithuania, could eclipse NATO’s Internal Sea plan.

Kaliningrad is armed to teeth and is possibly the most militarized region in the world. As per a 2014 Russian Ministry of Defense report, over 225,000 military personnel are stationed here. Furthermore, it is heavily equipped with several deadly missiles and naval units.

If NATO would ever dare to obstruct St. Petersburg’s access to the Gulf of Finland, Russia won’t even think before waging a brutal retaliation. Even a new war in Europe could be started. In order to stem NATO’s nefarious plans, it would simply activate the Kaliningrad module. Kaliningrad and St. Petersburg are located only 571 nautical miles (nm) apart.

Estonia is already in the crosshairs with Russia. Furthermore, Finland’s eagerness to join NATO has also perturbed Russia. They have now effectively invited their own doom in the name of helping NATO materialize its anti-Russia ambitions by attempting to block Russia’s access to the Gulf of Finland.