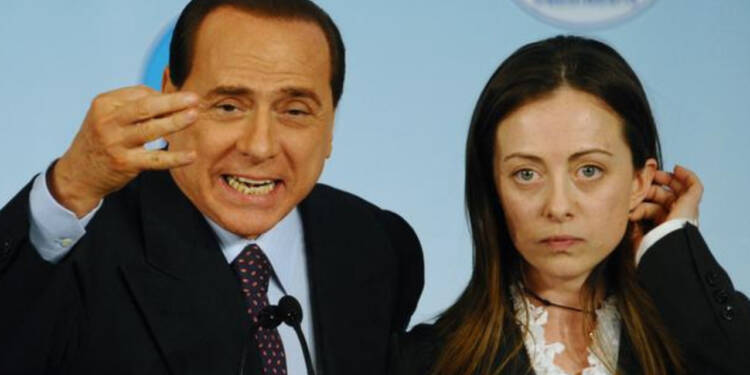 The political winds are changing in Italy and it could push the nation into a state of confusion and despair. The fall of the center-left Draghi administration has left a void that now needs to be filled by snap elections.

A new center-right coalition led by Giorgia Meloni of the hard-right Brothers of Italy is expected to take over the charge very soon. However, a spent force has reportedly taken up arms and the dynamics have now changed.

Silvio Berlusconi, the three-time Italian prime minister’s career has already spanned decades. However, his profile has significantly dropped in recent years. Due to sickness, he frequently participated in party gatherings via video link. He was also barred from holding public office in Italy for four years as a result of a tax fraud conviction.

Last year, Berlusconi extended support to the Draghi coalition. The stability of the Draghi led coalition came into question after partners withdrew support. Sensing the developments, Berlusconi pulled out of the government.

However, Berlusconi denies any blame for the administration’s collapse, claiming: “We would have preferred that the Draghi government continue until the natural end of the legislature with elections in 2023 … This wasn’t possible because of the irresponsible behavior of the 5 Stars and the ambiguous maneuvers of the Democrats. Therefore, “there was no other solution but to give the vote back to the people,” he said.

Well, if we look at the math, it looks like Berlusconi is set to make a comeback. Reports suggest that “The five star movement” would witness a massive decline in its seat share and the right parties would form a coalition.

Berlusconi is now the junior partner in a right-wing alliance with Giorgia Meloni’s hard-right Brothers of Italy and Matteo Salvini’s anti-immigration League. His party is currently polling at around 8 percent. But together, the right-wing alliance parties are expected to take about 45 percent of the vote.

Opinion polls have shown that the Meloni’s  Brothers of Italy can win around 24 percent of votes in the upcoming elections, a big leap from the 4.4 per cent it won five years ago.

Nevertheless, it looks like it would still not be a very smooth ride for Meloni. She is the orchestrator of the right-leaning wave in the country. However, alternate powers like Berlusconi are ready to encash lost support.

Berlusconi’s party Forza Italia was a considerable force back in the day but has struggled for quite some time after multiple controversies surrounded their leader. Well, it looks like Berlusconi is all set to become the kingmaker or perhaps could even have much higher ambitions.

Italy is already going through turbulent times and another election without no definite results could permanently damage its political structure. Berlusconi could lay unreasonable demands to ensure his support to the coalition. A possibility of him exiting the alliance is also a big possibility.

Last week when discussing a proposed reform of the presidential system, he suggested that President Sergio Mattarella would, if it passed, have to resign. He is already threatening the political structure while he is not in power. Imagine the repercussions once he is in the position to pave the way for the next leader of Italy.

It would be in the interest of the Italian populace and the country’s political structure if people abstain from voting for Berlusconi. A concentration of votes for Meloni could be beneficial in empowering a stable government at the center.