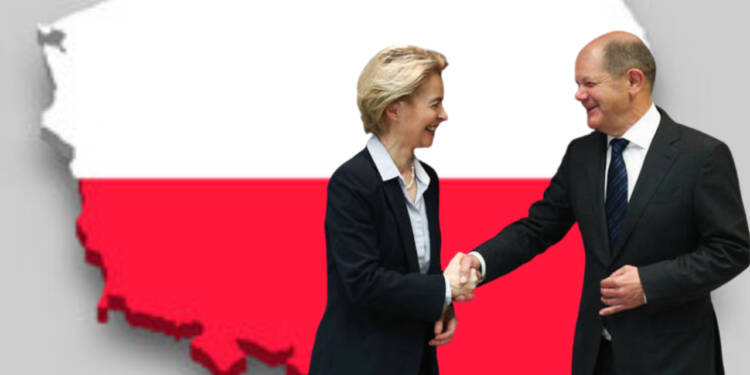 If we rewind European history up to a hundred and twenty years ago, we would witness the involvement of the state of Germany in almost every major conflict. The Germans are undoubtedly a deadly war machine and were the initiators of the second world war that took millions of lives.

Well, what is done is done. Despite its expansionist efforts, Berlin could not triumph in any of the world wars and instead became the subject of humiliation. Though it is unlikely for a full-fledged conflict to break out in recent times, the reclamation of lost territories by Germans could still be used as an excuse to wage ‘legitimate wars’.

No lessons from the failed history

The Axis powers led by Germany lost the Second war against the Allied Forces. The German forces had to retreat from Poland amid the growing aggression of the Allies. Poland became a subject of many territorial changes after the conflict ended.

The new borders were ratified at the Potsdam Conference of August 1945. The Soviet Union got hold of a large portion of the eastern Polish territories, and Poland was compensated with considerably smaller lands in the West from the German-occupied areas.

Read More: “We will point our cannons at you,” Poland’s blood-curdling warning to Brussels

The Germans could not legally lay a claim on their lost territories after the country’s reunification in 1990 because it would be in direct conflict with the Potsdam agreement. Nevertheless, the Germans, as we have seen from history, are assertive people and the notion has been confirmed by a powerful Polish official.

Poland’s Adam Glapinski the head of the National Bank of Poland has claimed that Berlin has plans to subjugate Eastern Europe and has designs for the lands that it lost in the past.

Since the reunification of Germany in 1990, Berlin’s strategic goal is to “regain in some form their former lands, which are now within Polish borders, and subordinate the entire belt of countries between Germany and Russia,” he said.

Notably, the UK’s exit from the EU has strengthened Germany’s hold over the organisation. Berlin could now direct the resources of many powerful member nations to fuel its ambitions in the east.

Gapinski further suggested the unified interests in a possible partnership between Germany and Russia. He said that the basic national interests of Germany require it to secretly root for Russia against Ukraine.

Germany’s vision for the future of Europe is “the cooperation of two empires: Russian and German, with countries in the middle falling into the spheres of influence of both powers,” Glapinski added.

Germany however is acting against Russia in the ongoing Ukraine conflict. Berlin has suspended the Nord Stream 2 gas pipeline despite being heavily reliant on Russian energy.

Berlin’s stature has grown in the EU after the BREXIT. Ursula von der Leyen, the former German Defense Minister and current President of the European Commission can easily make things difficult for Warsaw. The EU is already bullying Poland on many issues like funding and is also interfering in the internal issues of the country.

The hegemony of big powers like Germany in the EU has diminished the purpose of the organization which has triggered many member nations to show signs of rebellion. Nevertheless, Warsaw should tread carefully because Ursula von der Leyen still holds the power at the EU high command and could cook up schemes as a last-ditch effort to reclaim lost German territories.