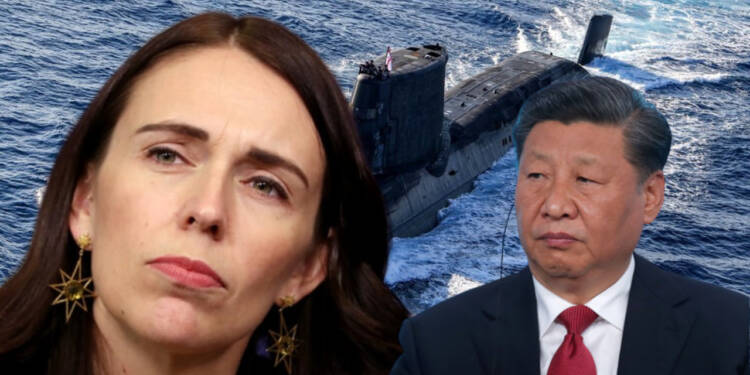 The ruling Center-left government in New Zealand, led by the unpopular Prime Minister Jacinda Ardern, has purportedly identified a way to reclaim power in the next general elections which are due in the coming year.

Most countries and citizens in the Indo-Pacific are wary of Beijing’s activities in the region. Ardern’s pro-China stance has earned her much contempt in her home nation.

New Zealand’s nuclear-free principles motivated it to sign the U.N. Treaty on the Prohibition of Nuclear Weapons (TPNW) in 2017, one of only a handful of Western countries to do so.

Wellington’s recent moves, on the other hand, have taken everyone by surprise. When AUKUS was introduced in September 2021, Ardern’s initial stand was that the alliance had little to do with New Zealand, given that its major goal was to equip Australia with nuclear-powered submarines.

However, now, with elections approaching, Ardern is trying to distance itself from China and associate New Zealand with the AUKUS, which is essentially a deal to contain the Chinese influence in the region.

Last week, The U.S. Deputy Secretary of State Wendy Sherman was asked about New Zealand’s potential participation in the AUKUS; she responded that there could be “scope for others to join” when “other emerging technologies” were considered.

It is quite clear that Ardern is ramping up efforts to create an anti-China narrative or at least attempting to portray herself to be a supporter of the west by trying to associate with the AUKUS.

Ardern’s Labor party holds the majority in the House of Representatives. However, the leading margins are very thin and could be easily reversed if her love for China is broadcasted in New Zealand.

A recent poll shows that Ardern’s popularity is dangerously low. Things are so bad that her labor party must put up a considerable fight to retain power in the next elections.

Ardern’s rating as preferred prime minister fell to 30% from 33% in May, according to a 1News Kantar poll conducted in the first week of August. Her rating is the lowest since she became prime minister in 2017.

Moreover, Wellington is suffering from soaring inflation and the local economy is suffering greatly due to the mishandling of the COVID crisis by the ruling labor party.

With the upcoming elections next year, the local populace is viewing the Center Right National party as a viable replacement. At a party level, National has headed Labor in the past three polls. It had 37% support this month down from 39% in May while Labor support fell to 33% from 35%.

Read More: Jacinda Ardern is walking a slippery slope in dealing with China

National Party leader Christopher Luxon has witnessed a massive spike in his popularity when compared to his predecessors. He is all set to give a strong fight to Ardern when the time comes.

While Ardern seemed to rule New Zealand out of the group when it was unveiled last year, she also said, “We welcome the increased engagement of the UK and US in the region.”

It looks like Ardern has been trying to maintain a neutral image for quite some time but has been failing time and again to make an impact strong enough to bring up her approval ratings.

It appears that Ardern’s misdeeds are too late to be bandaged, and she should begin packing her belongings to make room for Christopher Luxon next year.