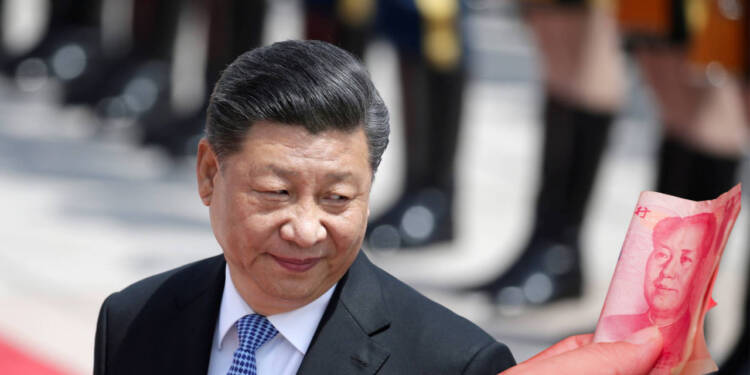 Beijing’s tough stance on the Taiwan issue seems to have intensified its economic woes. The country’s already struggling economy is now under scrutiny by big players backed by the west. China is already under severe pressure owing to its housing crisis. The government bodies are unable to raise funds to back infrastructure projects and the buyers have reportedly refused to pay mortgages.

Beijing could have relied on global partners and lenders to provide it with credit but it seems that it would also cease to be an option shortly.

The Asian Development Bank has recently indicated that it would cease extending loans to China after 2025. The news comes as a shock to Beijing at a time when its economy is in dire need of additional credit infusion.

Read More: Chinese insurers could go bankrupt due to the Russia-Ukraine war

“We want to start our discussion next year on whether China can end new loans from the ADB,” President of the ADB Masatsugu Asakawa said in an interview.

The mishandling of the COVID-19 pandemic by the CCP authorities inflicted an almost irreplaceable shock on the Chinese economy. Disturbances in the special administrative region of Hong Kong and the Xinjiang Uygur Autonomous Region have triggered a decline in business confidence in these areas.

Once one of the fastest growing economies, China registered only 0.4% growth in the second quarter of 2022.

Moreover, the housing crisis and increased geopolitical tensions owing to the Taiwan conflict have pushed China on the edge and it looks like its leaders would commit political suicide anytime soon.

One might wonder why the ADB is working towards suspending granting loans to China.

Well, the official sources claim that China simply does not need loans anymore. In recent years, China’s economy has witnessed substantial growth. Incomes have increased, and the nation now has the second-largest economy in the world. Additionally, China provides assistance to other nations and is probably in no need of additional credit itself.

Although the activities of the ADB are not really in the playbook. No matter the size of the economy, credit is needed to fund additional growth. The possible suspension of China from the list might have ulterior motives.

Interestingly, the US and Japan, each have 15.6% stakes, followed by China with a 6.4% stake in the ADB. Both the countries with the maximum stakes are allies and are repellent to the idea of China’s increasing influence.

The US has vowed to defend Taiwan militarily if it is invaded by China. Japan is one of the biggest counters to China’s growing influence in the Indo-Pacific.

An alliance known as the Quadrilateral Security Dialogue (QSD), a strategic security dialogue between Australia, India, Japan, and the United States is already in place to contain China.

It is quite possible that the ADB President Masatsugu Asakawa, a Japanese civil servant, has been influenced by the biggest stakeholders to choke funding for the Chinese in its time of need.

It indeed is a difficult time for the Chinese. A weak economy and a threat of war with the US over Taiwan has invoked fear in the Chinese Populace. Moreover, unfavorable demographics further suspends the possibility of a revival in the future. The Chinese bubble has reached its zenith and the slightest of pressure would make it blast.