Global media won’t tell you, but Europe has withdrawn from the Ukraine war

Liberal media is filled with news of Western help to Ukraine in the form of lethal weapons. But telling the truth never got into the principles of these tainted media sections. The reality is no one wants to board the sinking ship of Ukraine, not even Europe. 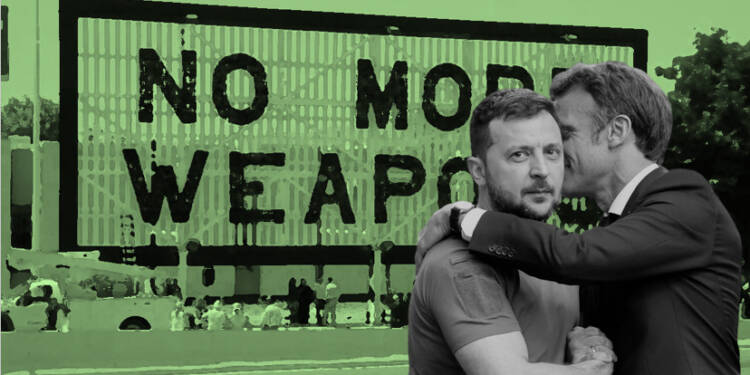 Global media is portraying Europe as a messiah of sorts to Ukraine. Liberal media shows the EU leaders talking with Putin, taking a stern stance on Russia’s offensive and whatnot. It talks about how European Union is trying to help Ukraine through the crisis, and how citizens of various countries have come forward to give unwavering support to the Eastern European country.

And funniest of all, it shows how Ukraine is making Russia lick the dust every day with the help of Western support and weapons.

But the claims fall flat on the ground. The reality is that the European countries are growing indifferent to Ukraine’s concerns.

According to a recent data by Kiel Institute for the World Economy, the six major nations in Europe did not make any fresh bilateral military commitments to Ukraine for the entire month of July. This is a first since Russia’s special military operation in late February.

The information indicates that military assistance to Ukraine is declining, despite historic changes in European defence policy that have seen previously reluctant nations like France and Germany ship ammunition to Ukraine.

According to data compiled by the Institute’s Ukraine Support Tracker team led by Christoph Trebesch, European military aid promises to Ukraine have been declining since the end of April.

He added, “Despite the war entering a critical phase, new aid initiatives have dried up.”

The data is a testament to the fact that no European country is ready to flog the dead horse.

One of the major reasons for the changed stance is the concerns regarding the corruption in Ukraine.

Transparency International’s corruption index places Ukraine in the bottom third, and genuine worries are still afloat about the country turning into a hub for illegal arms trafficking.

There is overwhelming evidence that many of the weapons that the US, UK, and other NATO nations lavishly delivered to Ukraine during its confrontation with Russia have ended up on the dark web.

Israeli cyber-intelligence specialist KELA has found gun listings supposedly posted by Ukrainians on several darknet markets, some specialized in firearms. One of the vendors even offered a U.S supplied Javelin ATGM anti-tank missile system for $30,000. The seller has set their location as Kyiv, the capital of Ukraine.

Interpol secretary general Jürgen Stock has already warned about the seriousness of the situation. According to Stock, weapons transferred to Ukraine during Russia’s invasion in February would wind up in the world’s black market and will end up in the hands of criminals.

He has repeatedly warned that the market will be inundated with heavy weapons and guns once Russia ends the war. He asked Interpol’s member states, particularly those that supply weapons, to cooperate on arms tracing.

US is done with Zelensky

As of now, the only weapons and aid Ukraine is receiving is from the United States. Just on Friday, Washington declared another $775 million ammunition package to Kyiv.

But that doesn’t take away the fact that even a close confidante in Washington is wary of Ukraine slipping into the abyss of corruption. Woods, a former State Department official has said, “Ukraine certainly has problems with corruption, and if that’s the case in a country, you can be sure that some of these weapons will be lost or transferred or sold.”

A recent article by Thomas Friedman showed how Biden and the White House are done with Zelensky and are looking for a sacrificial lamb to pin the blame upon.

It is a common song now about how the anti-Russian sanctions have backfired on Europe. Euro has fallen to the lowest against the dollar in a decade. Europe’s inflation has rocketed to unprecedented levels. The gas embargo by Moscow has put millions of Europeans in jeopardy. Europe is racing towards de-industrialization as several companies have already shut and several are running into the same consequences.

Read our premium piece: There is no coming out for Europe from this tragedy

The gas shortage after Russia cut down 80% of its imports from Nord Stream 1 has forced countries to do gas rationing. Energy companies are on a verge of bankruptcy with already $1.3 trillion of debts. Europe faces a danger of extreme winter if the energy imports are not restored to levels before the Ukraine war.

The Political crises in Italy, North Macedonia, and Britain have highlighted the upcoming “European spring.” Thus, Europe understands that the Ukraine war has been done and dusted.

With all this, Ukraine is still going for a counter-offensive in the Kherson region, and it is almost said that Europe won’t be sending any more weapons to Kyiv so the war ends fast. So, better late than ever Europe is standing up to safeguard its own interests otherwise it won’t be able to escape a forthcoming calamity.