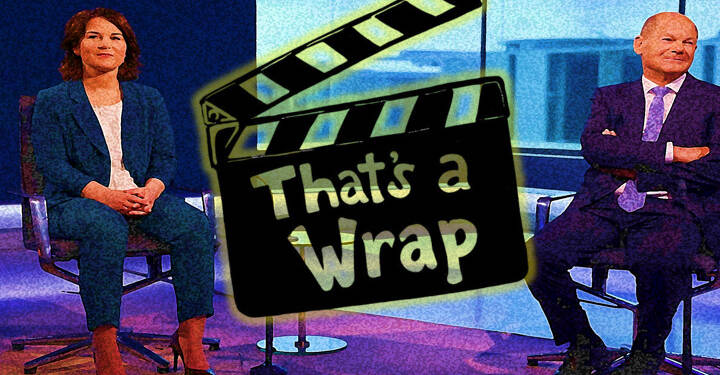 Washington’s blind follower and EU’s big gun Germany has seen enough for the day when it comes to the Ukraine war. Its dependence on Russian gas has pushed it into a hysterical situation. And it’s just going to get worse, to the point that Olaf Scholz, Germany’s Chancellor, may have to step down.

Around two-thirds of Germans, according to Reuters, are disappointed with the work of German Chancellor Olaf Scholz and his unstable coalition. Since taking office in December, the government has been looped in crisis.

At present Only 25 % of Germans believe the Social Democrat leader is doing his job well. The current rating is significantly down from 46% in March. Moreover, more than 62 % of Germans think Scholz, who was also deputy chancellor under veteran conservative leader Angela Merkel in the previous ruling coalition.

Well, the situation for the German Chancellor has come to pretty pass as his political career is currently being put on the line. From here, it appears that his eventual fall has already started; we’ll explain why.

The tensions for Olaf

For those who don’t know, the German Chancellor Olaf Scholz was elected at a time when the third wave of the COVID-19 Pandemic had grappled Germany.

Ever since taking power, Olaf Scholz has had to deal with the war in Ukraine, an energy crisis, soaring inflation, and now drought. This chaos has pushed Europe’s largest economy to the brink of a recession and even a mass exodus of industries. Moreover, even the staunchest supporters of the German Chancellor are now accusing him of not showing sufficient leadership.

Even the recent political happenings within Berlin indicates that times ahead are going to be tough for Scholz. Firstly, He first caused controversy by failing to immediately refute Palestinian President Mahmoud Abbas when he claimed Israel had committed “50 Holocausts” at a joint news conference in Berlin.

Later on, opposition lawmakers in Hamburg accused him of concealing the truth at a hearing into a significant tax fraud that occurred while he was the mayor of the northern port city. He denies these accusations and protests, however, the investigation continues.

Read More: Scholz likely to get replaced in Germany after SPD suffers Historic defeat in its forte

It would be a herculean task for Bundestag to curb their voices as the public’s ire toward Olaf Scholz is about to reach a breaking point. It may eventually be necessary to make a leadership transition and the next leader in line could be Annalena Baerbock.

Annalena Baerbock and her party Greens’ are gaining momentum across Germany. Greens’ performance in the last general elections has pushed the party into a comfortable position of kingmaker. Whereas, She has already become a blue-eyed lady for common Germans.

Berlin residents often joke that Baerbock is more approachable than Olaf Scholz. Baerbock is not Scholz. The latter is frequently criticised for not advocating for Ukraine with sufficient vigour while Baerbock balances a fine act by supporting Kyiv when needed albeit placing Germans ahead of Ukrainians.

Should elections be held today, Social Democratic Party (SPD) would garner 19% voter, much behind the junior coalition partners, the Greens.

Olaf Scholz is running out of time. Believe it or not, he will step down from his position as Chancellor of Germany. Either he would become a victim of party politics or the Greens may use authority to the fullest to replace him. Moreover, SPD will bear the brunt of his mistakes and shortcomings.