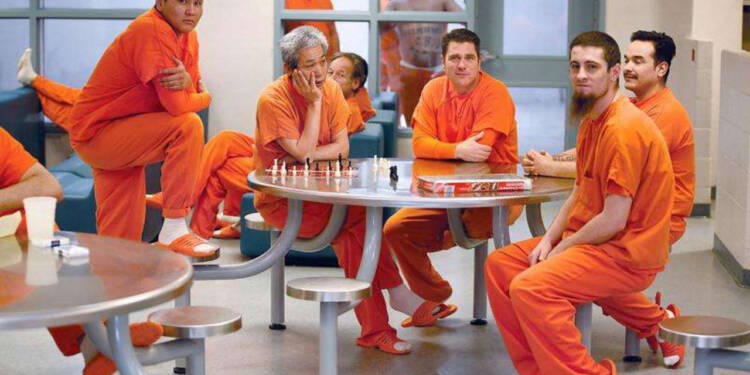 The United States is one of the many countries that permit the operations of private prisons domestically. In contrast to other countries, the United States has a very unique criminal justice system.

There are currently two million prisoners in state, federal, and private prisons across the US and are being held for a wide range of offenses, such as drug possession, robberies, weapon manufacturing, and even murders.

However, in recent times, the federal government and the so-called human rights organizations have locked their horns over the treatment of prisoners in private jails.

There is a burning debate in the US that the prisoners in the private jails are being treated like slaves. Human rights organizations, along with political and social entities, are lambasting US President Joe Biden for lack of action over the accusations claiming that private jails are a new type of inhumane exploitation in the United States.

According to them, a large chunk of Blacks and Hispanics are working in private jails for meager wages. Well, the ongoing debate on the mistreatment of private prison inmates is not a new thing. The prison industry complex has always been one of the dark horses behind the US’ money-loaded economy.

The industry is one of the fastest-growing ones in the United States and its investors are even active on the Wall Street.

The existence of private prisons in the United States dates back to the 19th Century. Louisiana was the first state to privatize its state penitentiary in 1844, less than ten years after it opened. After the 1861-1865 Civil War, a system of “hiring out prisoners” was introduced to continue the slavery tradition.

However, private prisons came to greater dominance in the 1980s when former president Ronald Reagan waged “War on Drugs.”

As a repercussion, prisons became overcrowded as more and more people started getting convicted and incarcerated due to drug charges. Inmates across prisons increased from a little less than 300,000 in 1972 to 2 million by the year 2000.

The California Prison Focus stresses that “no other society in human history has imprisoned so many of its citizens.”

The USA has the highest incarceration rate of any nation, a half million more than China, whose population is five times bigger than that of the United States.

According to statistics, the United States is home to 25% of the world’s prisoners with just 5% of its population.

Read More: Why Generation Z could become the immediate cause of America’s fall?

The overflowing money in private jails

What the human rights organizations chastise about private jails cannot be entirely ruled out. These prisons have indeed become a major industry within the United States. According to a 2018 report in The Week, private prisons have become a $5 billion industry, incarcerating about 9% of all US prisoners combined.

At present, Geo Group and CoreCivic are the two of its industry leaders. While other small companies continue to play a supporting role, these businesses are now considering extending their reach into other aspects of imprisonment, such as prison labor and immigrant detention.

Furthermore, there is the presence of a very large-scale funding too. At least 37 states have legalized contracting out jails to legitimise the work by inmates as part of their operations within public and private prisons. The cream of American business society is represented on the list of companies benefitting from such contracts namely IBM, Boeing, Motorola, Microsoft, AT&T, Wireless, and so on.

The highest-paying private prison is CCA in Tennessee, where prisoners receive 50 cents per hour for what they call “highly skilled positions.”

Moreover, the condition within privately-run prisons is much more saddening, they receive as little as 17 cents per hour for a maximum of six hours a day, the equivalent of $20 per month.

Read More: How the US turned the Marshall Islands into an unlivable nuclear chamber

One must realize that the issue we are addressing is merely the tip of the iceberg. Critics have frequently complained that private companies’ primary goal was never to rehabilitate the prisoners; instead, it was to increase profits.

To secure additional government contracts, these businesses have a larger incentive to imprison more individuals. What’s worse is that even the federal government is aware of this cunning ruse, but, it lacks the guts to fix it, though.

What To Do In Case Of A Nuclear Attack?