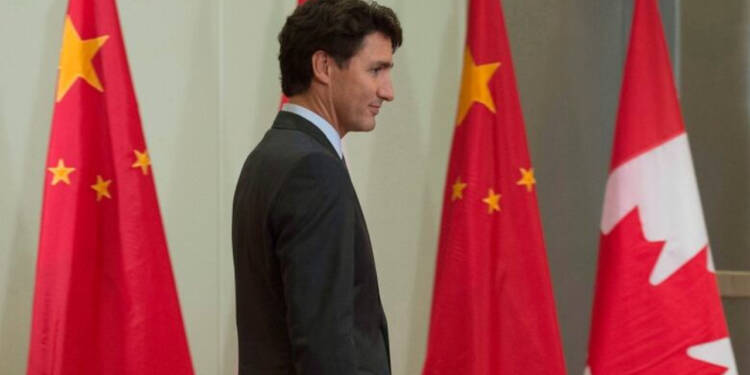 We all know how the Chinese Communist Party (CCP) always has a well-planned approach to silencing its citizens who oppose it. When the citizens realized this, many departed the country to start new lives in much safer countries such as the United Kingdom, Canada, and Australia.

Following the 1989 Tiananmen Square massacre, several countries opened their doors to Chinese immigrants. However, it appears that this decision did not go well for the host countries.

The United Kingdom, Australia, and Canada all sold their rivers to Chinese sleeper cells and planted spies.  The Chinese are now engaging in espionage and manipulation activities in these countries.

Out of all the major liberal multi-party democracies, Australia remains the most exposed to China.

Extensive reports in the Australian media in early June presented evidence of Chinese interference in local politics, media, and academia. The media in Australia never gets enough over-favourable coverage of China-related matters. Now you might wonder why Australia is so vulnerable. Because of two obvious reasons.

We might not be wrong to say that China made the most of this compulsion from Australia. Chinese state agents soon started to change the demography of the continent. They started to change the Australian perception of themselves and the Chinese system. Australia soon faced heavy Chinese meddling in each and every sector, be it housing, economics or politics.

Anyway, how can Canada stay behind? The country also welcomed a huge influx of Chinese spies, and where did it lead? You see, China has been widely accused of targeting the diaspora, particularly pro-Taiwan and democracy activists, as well as Uyghurs and Falun Gong practitioners. Not to mention, it is rare for the Canadian government’s take on such activities to be made public. Because why would Trudeau take an anti-China stance? After all, he is the leader of the nation owing to the votes he garnered from the Chinese immigrants. No matter how the Chinese spies threaten the sovereignty of his country but what shameless Trudeau is concerned about is- mere vote bank politics.

The shameless Prime Minister can’t hurt his Chinese voter base and therefore finds himself in a position where he can’t take an anti-China stance.

The biggest manufacturer of telecommunications equipment in the world, Huawei Technologies Co., is based in China. The US government has long warned that using its products puts any nation’s national security in danger. The corporation has been targeted by Washington in a global campaign to stop it from providing cutting-edge 5G wireless networks, but Huawei and its backers have brushed off the accusations as unfounded.

Moreover, Canada detained Meng Wanzhou, the daughter of Huawei’s founder, in December 2018. Because she allegedly deceived a financial organization into breaking American sanctions against Iran, the U.S. attempted to extradite her on counts of bank and wire fraud.

Canada obviously did this on America’s orders owing to the long-held bilateral relationship between Canada and the US, which is believed to be the closest and most extensive.

In retaliation, China abducted two Canadians. Two Michaels of Canada- Michael Kovrig, a former diplomat, and Michael Spavor, a businessman. They were imprisoned and held hostage by China in retaliation for Huawei CFO Meng Wanzhou’s detention in Canada.

Read More:  China has ‘abducted’ two Canadians to silence Canada and people are not happy with Trudeau’s inaction

Today, Chinese tentacles have spread throughout Canada and they run far deeper than they seem to our eyes.

According to the report obtained by Global News, the Overseas Chinese Affairs Office was charged with “influencing or manipulating” members of the community and using “coercive techniques” against minorities and dissidents.

Not to mention, Beijing is charged with running a “systematic campaign of intelligence-gathering, persuasion, influence, and manipulation” against the Chinese community, according to a government study on Chinese espionage activities in Canada. Despite this, Canada does not have the nerve to oust the Chinese spies from its soil.

Canada is soon to become a Chinese colony. Within the democratic world that is taking on Chinese belligerence, Trudeau appears as a real weakling. Prime Minister Modi had taken no time in banning 59 Chinese apps after the Galwan Valley bloodshed, Australia’s PM Scott Morrison has been leading a tirade against China at a great economic cost, and former US President Donald Trump had been damaging China’s export-based economy with steep tariffs.

With the passage of time, Trudeau would realize the cost of not matching up to Chinese aggression. Perhaps, after he becomes yesterday’s man.

A Viktor Orban moment is a given in Italy, and EU’s left-wing intelligentsia can’t believe their eyes