Dear Canadians, get ready to get vaxxed every third month 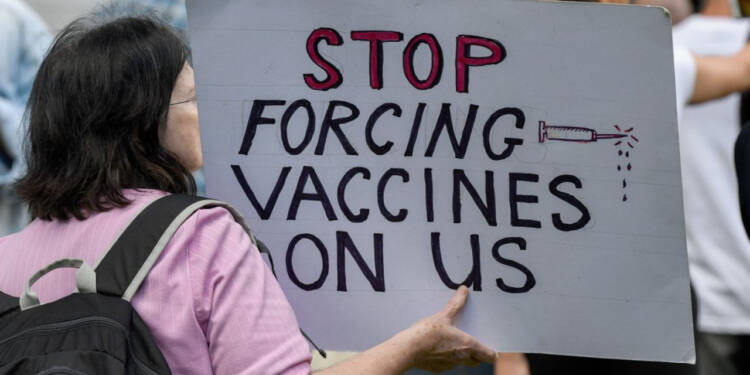 We know how the Prime Minister of the Great White North has been very particular about his vaccine mandate. He had no empathy for the unvaccinated ones. And he didn’t care a tad bit if they died out of COVID. Surprised? Well, this is not our saying. This has been the diktat of the ‘Crime Minister ‘of Canada.

Clearly, he cannot get over his vaccine mandate. Now, in a recent development, what comes is more bizarre. You see, Senior officials of Health department are recommending that Canadians have a booster Covid shot every three months.

Quarterly boosters “may be necessary,” according to National Advisory Committee on Immunization (NACI) authorities, to battle Covid-19, according to Blacklock’s Reporter.

“A shorter interval of at least three months may be warranted in the context of heightened epidemiological risk as well as operational considerations for the efficient deployment of the Covid-19 vaccination program,” wrote a Sept. 1 Summary Of National Advisory Committee On Immunization Statement.

“Informed consent should include discussion regarding what is known and unknown about the benefits and risks of providing a booster shot.”

Ironically, the health ministers of Canada are comparing getting jabbed to getting a phone’s battery charged. So, when protection wanes Canadians are asked to get vaxxed just like they recharge their phone’s battery.

Well, it’s high-old-time now and it seems that this whole gimmick played by Mr Trudeau will never reach curtains in Canada. Poor Canadians!

We all know Trudeau did all this for mere vote bank politics, and his association with big pharma companies is a common song now.

The vile game employed in the smoke screen of Covid by big pharma is known by all. They always invited accusations. The hasty approach that the vaccine makers adopted to rush through the approval mechanism in different countries was an example of how recklessly they pursued their vaccine agenda. Criticism followed the pharmaceutical bigshot with every move it made.

And the most vulnerable and incompetent leaders like Trudeau fell prey to these maneuvres. And more grudging comes from the fact that the government is pushing the Canadians to get a Covid shot every nine months in order to be considered “up to date” on their vaccinations by the government, according to health minister Jean-Yves Duclos.

Playing with the lives of Public

Contrary to the Health minister’s notion of Pharmacology, studies by the European Medicines Agency said that repeated booster doses could eventually weaken the immune response and tire out people.

Boosters “can be done once, or maybe twice, but it’s not something that we can think should be repeated constantly,” said Marco Cavaleri, the EMA head of biological health threats and vaccines strategy.

Trudeau’s vaccine manoeuvres are a sure-shot push to widen the lucrative business of the big pharma milieu while compromising on the national pharma care of Canada. With evidence remaining copious about the low efficacy that these Big pharma vaccines produce, Trudeau is too busy to lend an ear to critics.

With every passing day, Trudeau is painting a new picture of Canada on the global stage, and it has surpassed all limits this time, as the Prime Minister has decided to gamble with the lives of Canadians to enter into the good books of the Big Pharma clan.

Collection of 27 Aquarius quotes and captions

Europe is locked in an ego war between Putin and Biden. But there is a way out for them