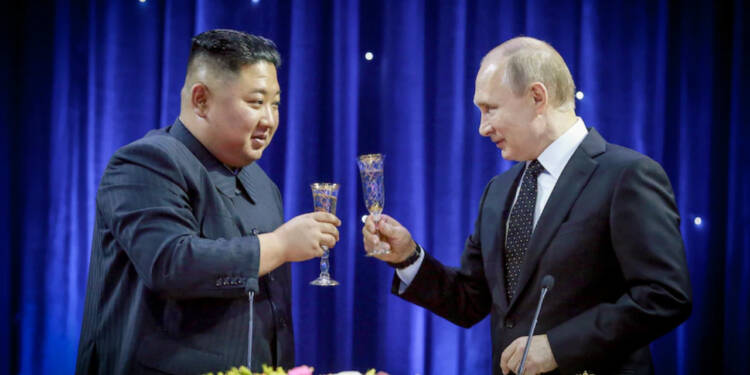 In the backdrop of the Ukraine war, the relationship between North Korea and China is changing drastically. In the recent times, policymakers in Pyongyang are increasingly viewing Russia as a preferred partner. It appears North Korea and Russia have also begun deepening their defence ties. US media recently reported that North Korea has sold rockets and artilleries worth millions of dollars to Russia. The Guardian reported US intelligence officials believe that the Russians could look to purchase additional North Korean military equipment in the future.

In July, North Korea became the third country on the planet, after Russia and Syria, to formally recognize Luhansk and Donetsk as independent nations. The country has also shown interest in sending labourers to help Russia rebuild Ukrainian territories under Russian control. The latest million-dollar defence deal between Pyongyang and Moscow demonstrates that the Russian military is suffering from a severe shortage of military equipment. Now, Russia needs North Korea, along with Iran and Kazakhstan, to shore up its weaponry stockpile.

For China, the news of N. Korea exporting its military assets to Russia is a big setback. This development undermines Chinese interests. To understand how, we first need to look into China’s obvious role in enrichment of the North Korean defence industry. From 2006 to 2017, the international community relied on sanctions to punish North Korea for conducting nuclear and long-range missile tests. The sanctions were aimed at ostracizing North Korea and squeezing its financial dealings. Sensing an opportunity here, China sneakily forged strong economic and political ties with North Korea.

In return, China used North Korea to further its geopolitical interests. When former US President Donald Trump charge headlong at the Chinese economy, Beijing was quick to deploy North Korea on the frontiers. The 2017-2018 North Korea crisis came close on the heels. China would also deploy North Korea occasionally against Japan and South Korea. All in all, China, throughout the years, made strategic investments in North Korea in order to develop it into a geopolitical and military tool for itself. That brings us to the conclusion that all rockets and artilleries that North Korea just sold to Russia were built with direct or indirect Chinese financial assistance. Pyongyang would never have built the military equipment without China helping it evade UN restrictions.

North Korea’s latest military assistance to Russia is thus its betrayal to China. As North Korea grows closer to Russia, China would lose its much-cherished influence on the Kim regime and also a great geopolitical tool. North Korea also seems to have realized perils of being over-dependent on China. After pandemic, when China closed its borders with North Korea, the country lost its only source of revenue, trade and food. It led to a hunger crisis of great proportions in the country. The over-dependence on China continues to be the greatest concern for North Korea. China’s brazen disregard for North Korea’s economic health has led Pyongyang to forge considerably closer ties with Russia. Economic independence and diversification in trade relations for Pyongyang will benefit it immensely in long run.

Collection of 42 Mermaid quotes and captions