US is buying Russian oil from India in broad daylight 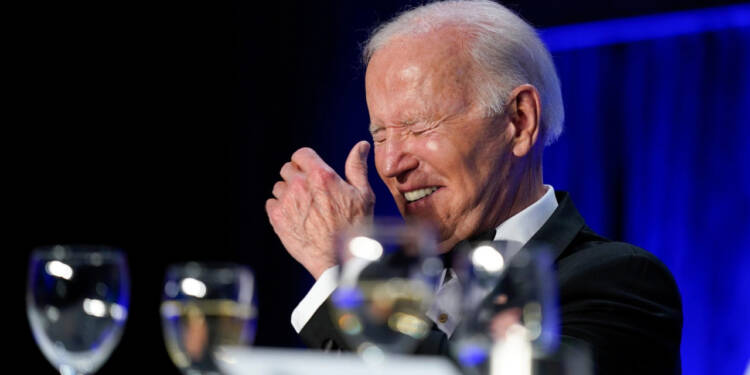 The Biden administration has been very vocal in advocating the world to sanction everything Russian amid Moscow’s special operation in Ukraine. Many European nations did heed the advice of the so-called superpower and joined the US in its sanctions against the Kremlin. As a result, Moscow drastically reduced the amount of gas flowing in Europe through the Nord Stream 1 pipeline and has completely suspended it recently.

Proud Europeans might not be too proud in the long run as soon as winters knock on their doors and they would have to burn wood to keep them warm.

European Leaders blind trust in the Biden administration has proved devastating for them. Still, despite mounting pressures, the Europeans are still not making things right with Putin. It looks like Europe thinks that the 79-year-old President of the US would come to their aid.

Well, guess what? The same President has literally backstabbed the whole continent. After Biden was done delivering his speeches and drafting anti-Russian policies, he was scouting for loopholes in his own policies.

Read More: The biggest loophole in the Western sanctions against Moscow found

The US is reportedly importing Russian energy via India. New Delhi has unapologetically purchased oil from Russia. Indian refiners have taken advantage of cheap oil imports and exported the surplus at handsome profits.

India imported 583,000 barrels per day of Russian crude from April to June on average, compared to 36,000 bpd in 2021, Petro-Logistics said. Meanwhile, India’s exports of oil products have increased.

Of that amount, 113,000 barrels per day, or 37%, went to countries that had imposed some form of sanctions on Russia.

Washington has completely banned Russian oil, while others have enacted sanctions without directly banning Moscow’s oil. Of the countries with sanctions, South Korea imported 31,000 bpd, Singapore 23,000 bpd, and the US 15,000 bpd of Russian oil through India. Australia and several European countries were also among the top importers of Russian oil products.

Well, one could digest the fact that many Asian countries that imposed sanctions are importing oil. They probably want to keep their options open in the upcoming multipolar world. But the fact that the US does it, makes the whole scenario corrupted and unethical because it was the US that in the first place rallied NATO members to downgrade relations with Moscow.

According to Petro-Logistics, the US mostly imported gasoline as it often brings in summer-grade Indian blends for peak driving season.

You see, Washington could not resist sourcing Russian energy during high-demand seasons and it expects other nations to halt their imports from Russia. The US’ influence on the European nations has triggered events that would ultimately result in the downfall of the continent.

Germany, the biggest economy of the continent is reportedly heading towards intense de-industrialization due to the unavailability of energy from Russia. The continent is in the grip of high inflation with commodity prices soaring drastically high.

A decrease in consumer spending has not decreased inflation due to existing supply-side constraints. As a result, the majority of consumers who had already let go of their savings in the Covid lockdown era are now forced to spend more and more. The overall scenario has resulted in plummeted savings, which will eventually push masses into poverty.

It is high time that the governments understand that Biden is playing a double game.

The European populace would naturally express anger towards their leaders’ decisions. Leaders in the UK and Italy have already lost their seats as a result of their unthought support to the US. Many other governments are set to fall if they continue with their support to Washington.

Prepare to get all booster shots or Trudeau will ‘restrict’ you