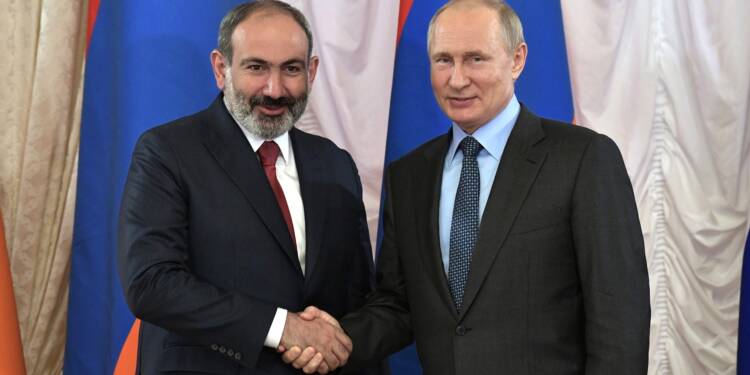 Russia has found a way to break the Western sanctions regime. And its route to escape the sanctions goes through the Eur-Asian Economic Union (EAEU) and Armenia.

Thinking, how is that even possible? Let’s have a look.

What is the EAEU?

The EAEU is a Russia-led economic union of post-Soviet states located in Central Asia, Western Asia, and Eastern Europe. The purpose of the EAEU is to ensure the economic integration of the region. Russian imports to other EAEU countries, therefore, remain unhindered. The other EAEU members are Armenia, Belarus, Kazakhstan, and Kyrgyzstan.

What role does Armenia play in EAEU?

Now, Armenia is a peculiar country that is a part of the Russia-led EAEU, as well as the Comprehensive and Enhanced Partnership Agreement (CEPA) with the EU.

Armenia is therefore well-placed to help Russia act as a bridge between the West and Russia. Russia can move its goods into Armenia, from where they can be further exported to the EU.

So, if Russia has to bypass Western sanctions, it will need to export its goods indirectly into the EU via Armenia.

Why will Armenia help Russia in evading Western sanctions?

Now, the question arises, why will Armenia help Russia in evading the Western sanctions?

Well, Armenia is one of Russia’s frontline allies. It is actually a part of the Russia-led Collective Security Treaty Organisation (CSTO). Armenia is heavily dependent on Russia in terms of both military and economic relations. With Turkey and Azerbaijan engaged in territorial conflicts with Armenia, Russia becomes all that more important for Yerevan.

So, Armenia has every reason to help Russia. This can be seen as Yerevan’s best security tactics possible.

Is Armenia becoming a route to bypass sanctions?

There is direct evidence of Armenia playing the role of a sanction breaker.

In 2018, Armenia and Iran signed an interim Free Trade Agreement (FTA) with the EAEU. This has allowed the two countries to enable duty-free trade in essential goods.

Last month, a high-level Iranian delegation visited Armenia. The two sides discussed plans for joint production and manufacturing of goods. The goods are to be produced in Armenia and later exported to third countries. Since Armenia doesn’t face any sanctions, Iranian capital can be funnelled into Armenia and exported to the West.

So, Russia has a strong precedent to follow in Iran’s trade relations with Armenia. And Russia seems to be following in Tehran’s footsteps. Armenia has become the destination of choice for the Russians. They are relocating their businesses, especially in the IT sector, to Armenia.

Russian businessmen and oligarchs too are moving their money into Armenia. They are going to set up a base in Armenia and find a window of opportunity to bypass Western sanctions.

The West has thus left a huge loophole in its sanctions against Russia. Armenia is ready to play the role of an enabler for the Russians. And Moscow can easily circumvent most of the EU’s sanctions against it by moving its exports via Armenia.