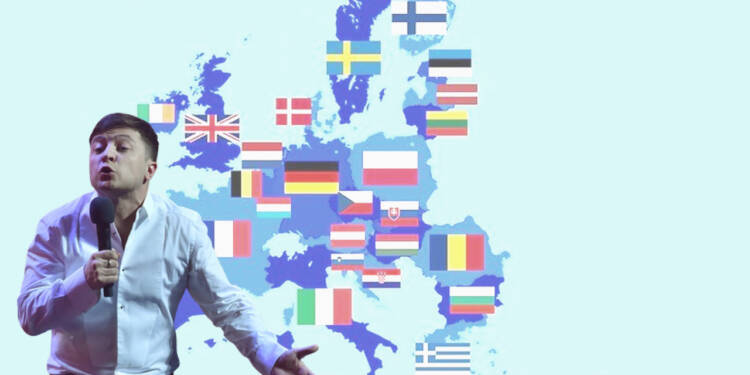 ‘Nuclear war is coming’; this is one of the recent blood-curdling warnings given to Europe. Europe has literally exhausted every resource in its coffers to defeat Russia and is now dog-tired from the Ukraine war.

According to Washington Post, Ukraine’s top military chief, Valeriy Zaluzhnyi has warned that a “limited” nuclear war between Russia and Ukraine cannot be ruled out. As per Ukraine, such a scenario could have grave global implications.

In rare public comments, Ukraine’s military chief has alarmed, that Russia might create the risk of a “limited” nuclear conflict with other powers.

Valeriy Zaluzhnyi made these statements in Ukrinform, a state-run media outlet. Reportedly, Valeriy stressed, “It is also impossible to completely rule out the possibility of the direct involvement of the world’s leading countries in a ‘limited’ nuclear conflict, in which the prospect of World War III is already directly visible.”

The military chief’s assessment has come at a time when the Ukrainian military has claimed that it is retaking small territories in counter-offensives in the southern and eastern regions of the country, which is severely harming Ukrainian soldiers.

Yet, Ukraine is trying its best to portray itself as the knight in shining armor.

Using this camouflage of bravery, Ukraine has again demanded the support of Europe to keep fighting Russia.

The military chief has furthermore added, “Ukraine will need to match the strike range of Moscow’s weapons in order to turn the tide of the war. The only path to a cardinal change in the strategic situation is undoubtedly a series of several consecutive, or ideally simultaneous, counterstrikes by Ukraine’s armed forces during the 2023 campaign,”

So, clearly, Ukraine eyes weapons from Europe at any cost, and the reason behind this is crystal clear; Europe has expressed its intentions to back off from the war, but for Zelensky’s Ukraine EU is one of the largest blocs supporting its push against Russia.

Over the past two months, six major nations in Europe did not make any fresh bilateral military commitments to Ukraine. This was for the first time since Russia’s special military operation in late February.

It was the United States who put pressure on Germany to provide Ukraine with military assistance once more. But how long will Europe continue to help Ukraine with such tactics? It still remains in predicament.

Read More: US is flooding Europe with ‘mini nukes’; the first step towards Europe’s destruction

Moreover, Ukraine challenging Russia to engage in a “limited” nuclear conflict also sparks concerns over whether Ukraine possesses such weapons. It may have.

Ukraine has the US on its side, which has already backtracked on its promises of a “No first use” policy with respect to nuclear weapons, both in local and international forums.

Whereas it has continuously supplied Kyiv with weapons, some of the recent ones are supplied via underground trade; Pakistan is one such recent example.

Mr. President understands that without Europe’s support, his chances of sustaining the war would be curtailed. And honestly, it’s actually heading in that direction only. Europeans are angry with NATO’s approach to the war. Whereas, the EU has decided to keep a schtum and focus on its own home first.

Victory for Russia is like a low-hanging fruit now. Therefore, Zelensky thought that a nuclear war alarm would be the ideal tool to regain the waning support of Brussels.

A ‘limited’ nuclear war, as stated by Ukraine would be definitely devastating for the whole European continent. The immense radiation could lead to mass deaths, crop failures, and even a rise in severe illnesses like cancer. In short, that would not be a pleasant scenario either for the EU or the West.

These tactics are being used by Zelensky and US to maintain Europe’s support. Be very sure, that all parties are aware of the potential devastation a nuclear war may cause.

The chances of the said ‘nuclear war’ are minuscule, so much so, that it won’t ever be taking place. Zelensky’s heroic attempt to alert the world’s media about a “limited” nuclear war is an outright farce, one like many.