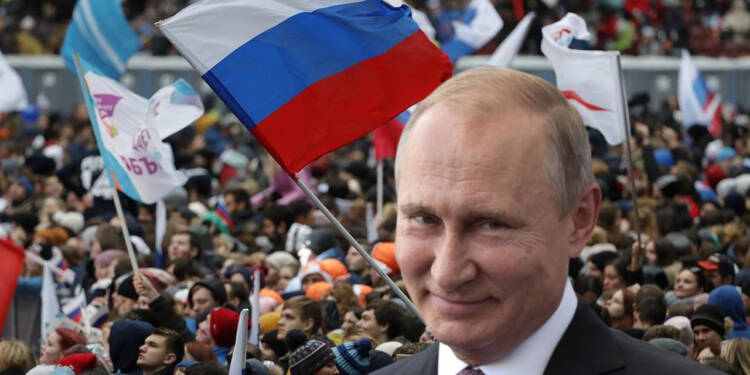 Russia’s special operation in Ukraine has been a game changer for the Kremlin’s economy. Facts show that the west’s aim to disrupt the Russian economy and pull in the gains for themselves has backfired.

Europe and the US came up with a plethora of sanctions that were supposed to initiate a severe crackdown on the Russian finances but they seem to have forgotten that Moscow’s economy, in reality, is not a bubble and is backed by physical valuable resources like oil and natural gas.

Russians having the best time of their life

The Russians might not have the most sophisticated technology and breakthrough research but the country is blessed with a plethora of resources, which enables it to control the strings of the manufacturing capacity of the continent of Europe.

As a result, the Kremlin, despite being under the stress of multiple sanctions, is doing better than any wartime economy ever could have, while their aggressors in the east struggle as their economic bubbles start bursting at their own whims.

Read More: US is buying Russian oil from India in broad daylight

Food costs in the UK, in August, increased at their fastest rate since the financial crisis of 2008, rising by 10.5% since the previous year.

As a result of the war in Ukraine and the ensuing increase in the price of wheat, vegetable oils, animal feed, and fertilizers, food inflation accelerated to 9.3% in July.

On the contrary, the cost of food in Moscow has decreased by 11.3% since the beginning of the year.

Take a look at this excerpt from an article in The Economist:

“Russia’s exports… have held up surprisingly well, including those directed to the West. Sanctions permit the sale of oil and gas to most of the world to continue uninterrupted. And a spike in energy prices has boosted revenues further.”

Moscow, since the beginning of the war, has been offering special discounts on gas to the nations that have not slapped sanctions on it. Many refiners, in nations like India and China, have taken advantage of low prices and exported the surplus to make hefty profits.

Now an energy-producing nation like Russia, which is willing to sell its products at a discount to foreign states, would naturally be able to supply its product at a much-subsidized rate to its own citizens and that is what it has been doing.

Energy prices in Russia are much lower than the world average which is benefiting the local populace as well as the government of Russia. Low energy rates help ramp up manufacturing which supports the government to create more jobs and pump more money into the economy.

The number of people unemployed in Russia slid one percentage point to 3.9% of the workforce in May, its lowest since the statistics service started publishing the figure in 1992, according to the Eikon database.

This decline in unemployment came as a shock as most experts predicted an increase in joblessness, owing to a plethora of businesses leaving Russia post-invasion.

The Russian rouble is stronger than ever while the Euro has taken a generous dip. The US Dollar, on the other hand, is going through a crisis of faith which seems like it is here to stay.

Economic sanctions imposed by the west on Russia coupled with Biden’s reckless weaponization of the USD to curtail Russia’s foreign reserves has in actuality benefited Russia in many areas.

Ironically, the US economy has entered a recession and the UK’s economy is on the brink of entering one. Now, European nations are planning to ration gas with winters approaching while the Russians have a surplus.

It has now come to a point where one might wonder if the west imposed sanctions on Russia or on itself.