Duda is scared that the economic woes are going to play a vital role in the next year's elections. Now, he’s arising jingoism among the populace. 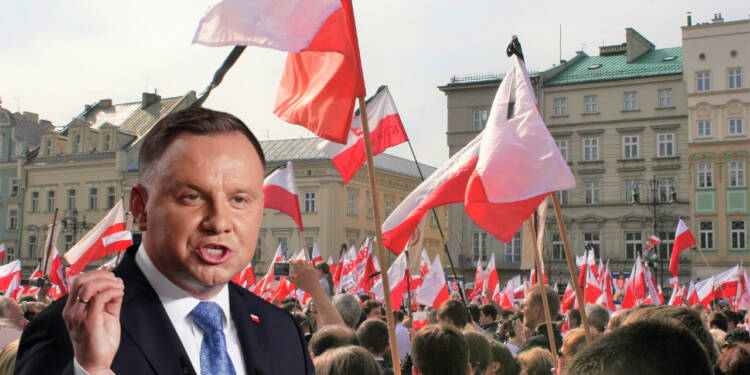 Poland which will be having elections next year faces the same threat. But to avoid a civil war, it has started fighting with its neighbours. The chances of Poland launching a full-blown war against the Czech Republic, in order to win the elections, are immense.

Polish Daily, Rzeczpospolita reported on Thursday that the Polish government has stepped up attempts to redraw the nation’s border with the Czech Republic in a way that is more advantageous to Warsaw.

In the 1950s, when the outcome of World War II was being settled, the border was demarcated. At that time, between Poland and what was then Czechoslovakia (notably both were members of the Communist bloc), some regions were contested, and Poland feels that it was not given its due share. Since then, 368.44 hectares are being sought as compensation by Warsaw.

In 1992, a Polish-Czech panel was formed to handle the dispute after the foreign ministers of the two nations agreed to resolve the claims, but only a little progress was achieved. In 2005, Poland rejected the offer of financial reparations made by the Czech government. The Czech government created a list of land in 2014 that was supposed to be transferred to Poland but afterwards withdrew from it.

The dispute got fiercer last year in March when Polish Prime Minister, Mateusz Morawiecki, emphasized his Czech counterpart at that time, Andrej Babiš of the border dispute. Though Poland only received a cold reply and its demand was underlined as “general and evasive.”

Now, a Polish lawmaker, Jaroslaw Krajewski, has stepped in and addressed a letter to the Ministry of Foreign Affairs and Ministry of the Interior on the situation.

Rally around the flag

Why is Poland raking up the old wounds of 1950s? Well, the parliamentary elections are approaching the European country.

And Polish PM Andrzej Duda is making people ‘rally around the flag’. This is a phenomenon that world leaders usually engage in prior to the elections. They ramp up the patriotic sentiment by demonizing their neighbours to consolidate votes in their favour.

The ongoing Russia-Ukraine war has already aggrieved the Polish people and the Polish economy. Various analysts believe that the ruling coalition in Poland is marred by internal rifts and tensions due to rising inflation and burgeoning economic crises inflicted by the Ukraine war.

Poland, which could have easily avoided the mess by being neutral, sided with Ukraine. Thanks to Poland’s confrontational attitude towards Russia, inflation has taken a heavy toll on the country’s economy. The inflation rate unexpectedly increased from 15.6% in July to 16.1% in August to a new 25-year-high. 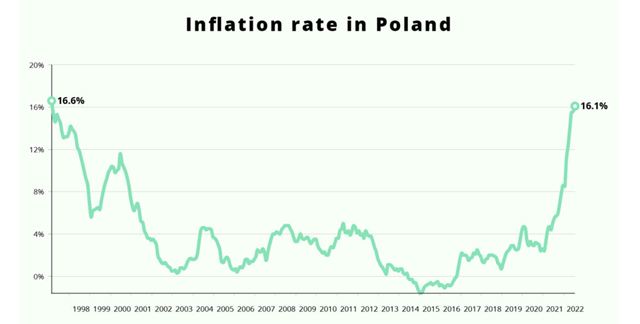 Due to this, the central bank increased its benchmark interest rate for six months straight, from close to zero in the fall to 6.5% today.

Further, disruptions in supply chains, low consumer confidence and austerity measures weigh on output due to the Ukraine war.

Poland, the largest economy in the area of Eastern Europe, shocked observers by experiencing a contraction in the second quarter, falling by 2.3%. Katarzyna Rzentarzewska, chief analyst for central and eastern Europe at Erste Group, stated, “We see it as a first step into recession.”

Duda is scared that these economic woes are going to play a vital role in sealing his fate in the next year’s elections. Therefore, he’s arising jingoism among the populace.

And this is not the first time. Poland lately has upped his ante against European Union and gave blood curling warning to Brussels, “We’ll point cannons at you.” Poland is demanding Brussels to release €35 billion in grants and loans from the EU pandemic relief programme.

Additionally, Poland also demanded a whopping $1.3 Trillion from Germany as compensation for the losses of World War II.

Read More: So, civil wars have officially started in Europe. Czech Republic is the first one to fall

Also, the migrant crisis has led to deep dissatisfaction among Polish citizens. According to estimates by The Conversation, ordinary Polish residents spent more than $2 billion on the war effort in the first three months.

Several Poles warned that they are at a breaking point as they aided Ukrainian migrants. Many of the Poles who volunteered to aid Ukrainian migrants are now at a loss for resources. Consequently, the Polish government realises that the threat of a popular uprising looms large over them.

Similar is the case of the Czech Republic. Large protests were held against the Czech government in Prague and its involvement in the Ukraine war. It won’t give up on Poland’s demands when the anger is running high already.

Therefore, Poland has upped its ante against the Czech Republic to give rise to the nationalist sentiment which increases the chances of these tensions leading to a full-blown war. All in all, Duda is set to face a political sandstorm this year, and the tensions may land Poland in hot waters.