Russia has decided to leave International Space Station (ISS). This decision of the Kremlin will have grave ramifications for the West. 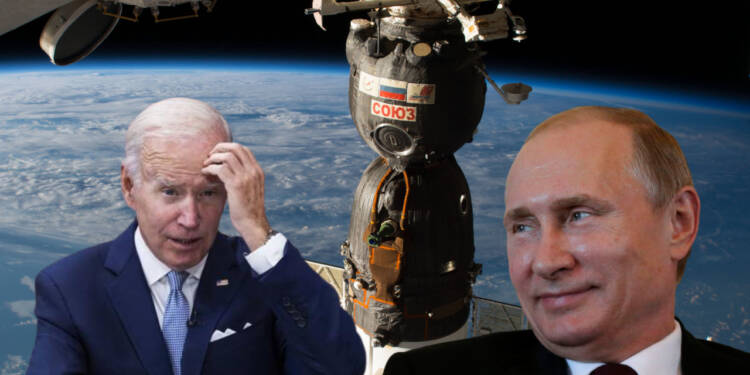 Russia has decided to leave International Space Station: On Friday, during the National Space Council Meeting, US Vice President Kamala Harris stated that the United States will submit a resolution to the UN General Assembly asking for other nations to stop conducting anti-satellite tests. Anti-satellite tests use anti-satellite weapons (ASAT) that intend to disable or obliterate satellites for tactical or strategic reasons.

Apart from the United States, only Russia, China, and India have so far been able to effectively test this technology. Incidentally, these anti-satellite tests have only risen over the past five years and now possess a danger to satellites, space stations, and even astronauts.

At Vandenberg Space Force Base, in April, Harris declared a self-imposed ban on anti-satellite (ASAT) missile testing, promising that the United States would no longer carry out the tests. Now the United States is hoping that other countries would follow suit in outlawing ASAT missile tests globally.

However, according to Secure World Foundation, the United States itself conducted destructive anti-satellite tests in 1985, 1986, and 2008. And, as of 2017, 6144 junk objects orbiting the earth were from the US. So, Washington is already among the largest contributors to space junk.

The decision to prohibit ASAT missile testing by the US administration is an indication that the United States is becoming more concerned about the security of its space assets, especially in light of the ongoing hostilities between the U.S. and Russia. However, the US taking the issue to the UN is a self-centred approach.


The US and Russia have successfully collaborated on the ISS together with other partners since 1998. However, Russia’s statement about its pulling out of the International Space Station after 2024, has left Washington sweating.

Moscow is pensive about leaving the International Space Station (ISS) and it recently presented a physical model of a future independent Russian-built space station.

Ironically, this approach of Russia only came after the West nations’ sanctions on the Kremlin as a result of the Ukraine conflict. Now, Russia wants to lessen its reliance on western nations and go forward independently or in partnership with nations like China, India and Iran.

Russia’s walkout from the International Space Station (ISS) is already a piece of terrible news, as Russia controls the propulsion control systems for the space station. The system provides the station regular boosts to keep it upright and protect it from slipping out of orbit.

Along with that, Russia will also pull out of the Outer Space Treaty which forms the basis of International Space Law, as it looks to end its cooperation with the West.

Russia has already cut its gas exports to Europe after anti-Russia sanctions. It can go rogue, if such events keep happening. The US is apprehensive that the Kremlin can attack its satellites in the near future as Washington has aided Ukraine with intelligence in the ongoing war.

Further, satellites provide images that can help in mapping the uncharted as well as forested areas that are infested with insurgents. Space-based sensors can observe enemy weapons development, and verify compliance with arms limitations treaties. And, if Russia attacks NATO and US satellites in space, it’ll basically make their militaries handicapped.

An autonomous space station of Russia will easily challenge the supremacy of the US in space as well as on land. It even has the power to knock it down completely. So, Biden’s restlessness with Russia’s new trajectory is totally justified because if anyone is to lose from Russia leaving the International Space Station, it is the United States.

Namibia & Botswana team up to keep Western pirates away