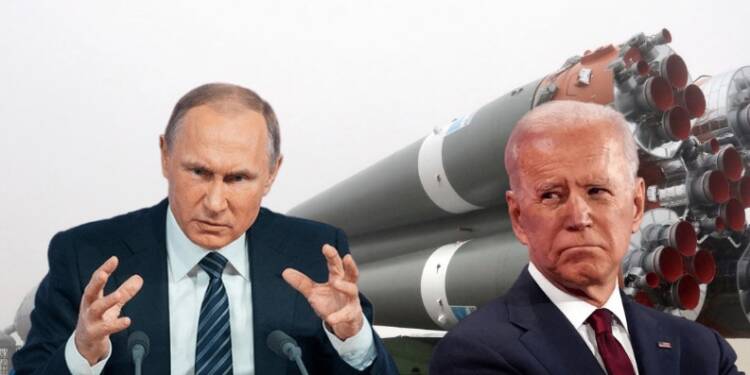 The US can sanction all Russian businesses- Russian vodka, Russian sports and even Russian cats. But when it comes to the Russian space sector, the US suddenly starts feeling the heat.

Read more: Biden’s sanctions on Russia are so powerful that Russia will grow richer twice as fast

The International Feline Federation has banned Russian-owned cats from competing in its shows, stating that it 'cannot just witness these atrocities and do nothing.'

In addition, no cats bred in Russia can be imported and registered in a FIFe pedigree book. pic.twitter.com/PrDzz8XqRa

But Russia is now trying to cripple the US space programme. As per Russia Today, Roscosmos’ head Dmitry Rogozin said that Russia has decided to halt the deliveries of rocket engines it developed for the United States.

Also, Russia has decided that it will not offer service to the rocket engines already supplied to the US.

Russia refuses to launch One Web satellites in its Soyuz rocket

Russia has already started marginalising the Western space programme. It has reportedly refused to launch OneWeb satellites in its Soyuz rocket, citing the sanctions imposed by the UK.

The UK however rejected the two demands and the launch by Roscosmos got cancelled.

Why the West needs Russian cooperation in the space sector

Now, the latest comments by Rogozin are likely to raise alarm in the US and other Western countries. You may be wondering why? As surprising as it may sound, Russia and the US do not cooperate on our planet but they do cooperate in space.

Since the joint Apollo-Soyuz mission in 1975, the two countries have been working closely together in the space sector.

There are two important areas in which the West needs Russian cooperation- the International Space Station (ISS) and rocket engines.

The ISS is operated by 15 countries but is led by the US and Russia. There is mutual interdependence between the two countries- Russia provides fuel and thruster capability to periodically elevate the Space Station to a higher altitude, whereas the NASA gyroscopes provide stability and solar panels help to generate electricity.

So, the ISS cannot function without US-Russia cooperation. Therefore, when Biden had threatened to “degrade” the Russian aerospace industry, Rogozin warned, “If you block cooperation with us, who will save the ISS from an unguided de-orbit to impact on the territory of the US or Europe?”

The Roscosmos chief had also said, “There’s also the chance of impact of the 500-ton construction in India or China. Do you want to threaten them with such a prospect? The ISS doesn’t fly over Russia, so all the risk is yours. Are you ready for it?”

And then, the ISS is not the only issue.

Russians make some of the best rocket engines in the world. And the US too is dependent on them. A number of US national defence satellites launched into space this century was actually carried by Russian-made RD-180 rocket engines. The Atlas V rocket, which is assembled and launched by the United Launch Alliance, also uses these engines.

Atlas V is going to retire by the end of this decade and it is therefore not a major issue for the US. But the Antares rocket, which is managed by Northrop Grumman, also uses RD-181 rocket engines.

Europe faces a similar conundrum. Its independent satellite navigation system, Galileo, went live in 2016 and was expected to become fully functional this year. Europe has already spent $10 billion in developing the system and has around 24 satellites in orbit.

Russia is thus deeply involved in the Western space programmes. And this gives Moscow a major tool in its ongoing struggle with the West. If the West keeps sanctioning Russia, the latter can always hit back by cancelling space sector cooperation.