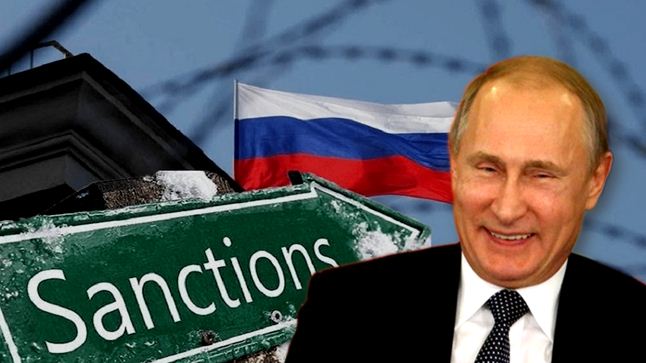 As Russian tanks rolled into Kyiv, the US and other Western powers prepared themselves to roll out a fresh package of sanctions against Moscow. Biden’s sanctions aimed at blocking the supply of high-tech goods to the Russian military. They also tried targetting big Russian banks, corporations and wealthy Russians considered close to President Vladimir Putin.

But one section has been left untouched. Russian oil and gas. Yes, the main source of Russian revenue remains exempted from sanctions. After all, the incumbent US President has simply lost all possible leverage in the energy sector.

Biden’s decision to not hit the Russian energy sector is a huge gift for Vladimir Putin. Isolated by the West since the Crimea annexation in 2014, Russia has virtually become a two-sector economy, dependent heavily on defence and energy exports.

Energy exports, in particular, are crucial to the Russian economy, in which oil and gas make up 39% of the federal budget revenue. They also accounted for 60% of Russian exports in 2019. Fossil fuels accounted for 14% of the Russian GDP in 2019.

So, the prospect of Russia being rich or poor depends entirely on its energy sector. If energy prices are high and Russian oil and gas exports go up, Russia becomes rich and taking heed of the current developments, Biden is hell-bent on making Russia rich.

US Deputy National Security Advisor Daleep Singh has made it clear that the Biden administration has no plans to cut Russian profits in the energy sector. Singh said, “Our sanctions are not designed to cause any disruption to the current flow of energy from Russia to the world.”

It is just a good excuse for Biden to say, ‘I didn’t want to disrupt energy from Russia’. It isn’t as if Biden could have sanctioned Russian energy but he didn’t. The fact remains that he couldn’t have targeted Russian oil and gas.

With political support from green vigilantes, Biden had suspended new drilling leases on federal lands shortly after assuming office last year. With a slew of prudent policy measures, Trump back then turned the US into a net energy exporter but Biden’s environmental regulation, taxes and outright bans on drilling have made it a net importer all over again.

It was again Biden who shut down the Keystone XL Pipeline that was supposed to transport 830,000 barrels at peak capacity. And today, the US imports 600,000 barrels of oil from Russia. So, Biden has put the US in a fix. If it doesn’t sanction Russian energy, Russia becomes more powerful. If it does sanction Russian energy, then rising pump prices in the US go up even further.

The US fails to find Russian energy substitutes

And it is not just a question of the United States. Biden has created a problem for Europe too. Europe depends on Russia for about 40% of its gas supplies.

Following the Russian invasion into Ukraine, international crude oil prices have already crossed a whopping $100 per barrel and natural gas prices too jumped to 105.6 Euros a megawatt-hour on the TTF exchange in the Netherlands.

And guess what, Europe has no option but to buy expensive Russian gas. Biden had tried to get Qatar, Algeria and other countries to provide gas supplies to Europe when Russia-Ukraine tensions were spiralling out. But Qatar and other gas-exporting countries have said that they will not be able to supply substantial amounts of replacement gas if sanctions against Russia do create gas shortages in Western Europe.

The US is itself dependent on Russian energy and it cannot be expected to bail out Western Europe. This puts the entire Western world at mercy of Russian energy supplies. Biden’s sanctions on Russia are very tough and they will help Russia grow richer twice as fast as before.

It is official: Ukraine is holding citizens of other countries hostage, to secure its own well-being